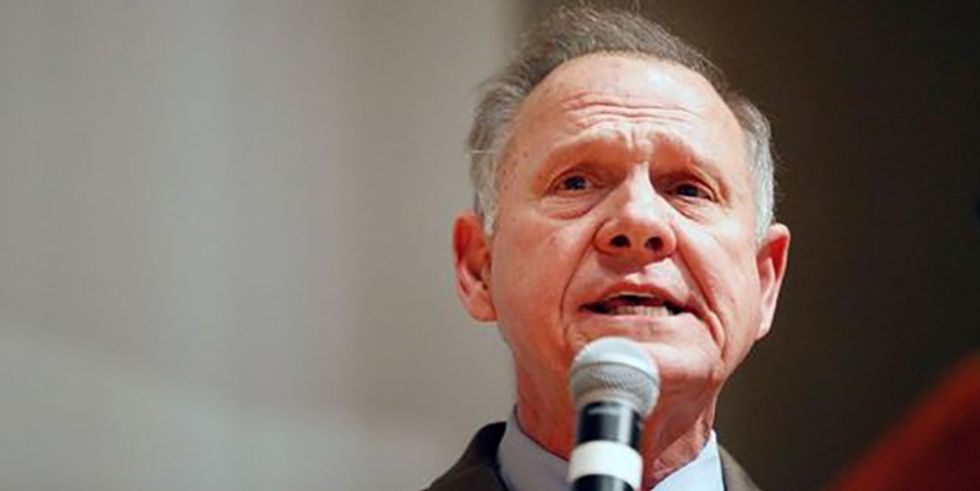 Or, at least, that's what he'd like Senator Jones, the first Democrat to win the seat since 1992, and Jones' current GOP challenger, Bradley Byrne to think.

On Twitter, Moore Tuesday afternoon responded to a tweet a reporter for The Hill had posted, quoting Byrne.

"What is Bradley so worried about?" Moore tweeted, adding, "He knows that if I run I will beat Doug Jones."

Users on the social media platform quickly mocked Moore, who was accused of inappropriate sexual behavior, child molestation, or attempted rape by several women who came forward during his Senate campaign. One of the woman says she was 14 at the time.

Some more responses to Moore's claim of invincibility:

@chrislhayes @RealJudgeMoore @jaketapper If only there was something that happened previously that would help ya de… https://t.co/aYYWA6v61m
— Chris Partlow (@Chris Partlow) 1559073242.0

@chrislhayes @RealJudgeMoore @jaketapper I'll be the first to say that past performance isn't an indicator of futur… https://t.co/2ut99mSpLd
— Robert Freiberg (@Robert Freiberg) 1559073448.0

@RealJudgeMoore @chrislhayes Cause that totally went well for you the first time
— Patrick Quinn (@Patrick Quinn) 1559073781.0

It's a massive moral failing on the part of the GOP that Roy Moore can even *contemplate* running for the nominatio… https://t.co/HQRE0FdKNf
— Old Doc Snitty (@Old Doc Snitty) 1559073251.0