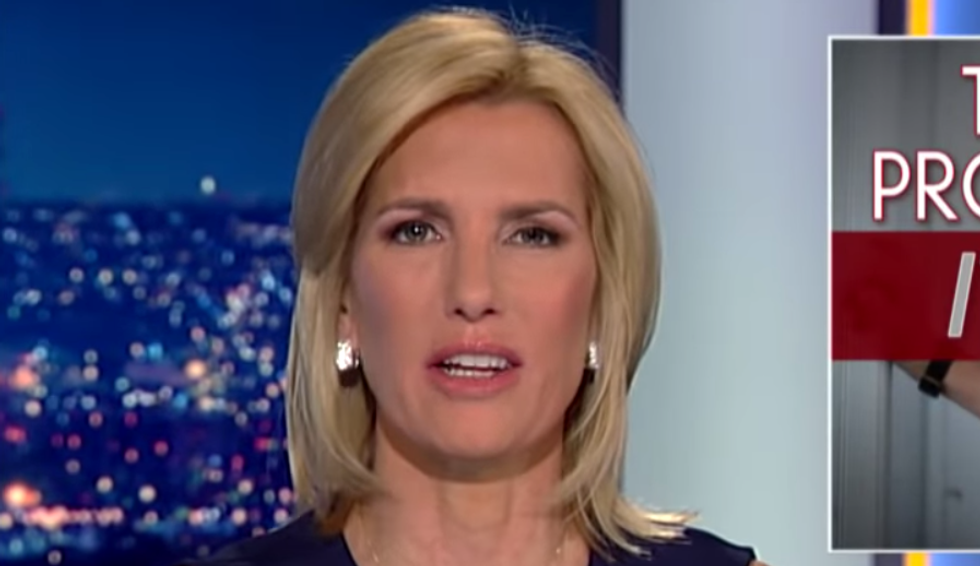 Image via Screengrab.
Amanda Marcotte
and
Salon
May 30, 2019 News & Politics

Special counsel Robert Mueller's Wednesday statement about his investigation into Donald Trump's campaign corruption was a frustrating morass of legalisms, leaving just enough wiggle room to allow mainstream media reporters to pretend that it's a mystery where Mueller stands on the topic of impeachment.

One would think that Washington reporters are conversant enough American law and government to understand that "the Constitution requires a process other than the criminal justice system to formally accuse a sitting president of wrongdoing" is uptight lawyer-talk for "impeach the MF already." Yet we're expected to believe there is some great mystery about what Mueller is suggesting, both about Trump (that he's a criminal) and what needs to be done about it.

But while many in the mainstream press are reacting to Mueller's not-really-mysterious statement with a collective "shrug" emoji, Trump and his allies at Fox News do not seem remotely confused about how to interpret Mueller's comments. While they continue to push the Orwellian "no obstruction/no collusion" line, their more authentic — and angry — reactions make it clear that they most certainly grasp that Mueller was suggesting that Trump is guilty of obstructing justice and was inviting Congress to do something about it. Something, in this case, being an impeachment inquiry.

“It’s a dirty, filthy disgusting word, and it has nothing to do with me,” Trump fumed about the word"impeachment" to reporters on Thursday morning.

He then continued to bash Mueller, claiming that the now-departed special counsel was "totally conflicted" and accusing him of being in cahoots with former FBI director James Comey in some mythical anti-Trump conspiracy. He even called Mueller "a true never-Trumper," a phrase that would strike most as a compliment but no doubt is a sick burn in the president's mind.

This explosive rage against Mueller is hard to square, at least in any logical way, with Trump's Wednesday claims that Mueller's report showed "insufficient evidence" of a crime and that therefore the "case is closed." But of course those comments are sheer propaganda, just one of the thousands of lies Trump has been dumping on the American public for the last several years. Trump's fury and fear tells the truer story of a man who knows he's guilty and is lashing out at the person who compiled the evidence to prove it.

Any fool who listened to Mueller's statement could glean that the one thing that he did not say was there was a lack of evidence of crimes. That would be because he plainly stated, "If we had had confidence that the president clearly did not commit a crime, we would have said so."

We can also eliminate "Mueller cleared Trump" as a conclusion due to the novel-sized Mueller report, a cornucopia of evidence of Trump's obstruction of justice, his close association with convicted criminals such as Paul Manafort and accused criminals like Roger Stone, his attempts to conspire with Russia's illegal election interference activities, his demands that other people commit crimes on his behalf, and his open collusion with Russian hackers in full view of TV cameras.

On Fox News, there appears to be no confusion whatever about what Mueller was suggesting during Wednesday's press conference.

Sean Hannity, during his daytime radio show, declared that Mueller was "full of crap." He then went into full Pravda mode on his prime-time Fox News show, ranting that Mueller was motivated by "partisan hackery" — Mueller is a lifelong Republican, first appointed to federal office by Ronald Reagan — and that he "doesn't know the law" (Mueller has a law degree from the University of Virginia, and has practiced as an attorney, both in government and the private sector, on and off since 1973.)

Laura Ingraham, whose personality is entirely comprised of interlocking forms of right-wing bigotry, resorted to accusing Mueller of the worst thing she can imagine someone being, which is a girl.

"It's like a girl thing — I don't mean a girl thing, I said a mean-girl thing," Ingraham said of the press conference in which Mueller soberly reminded the public that our election was corrupted by an authoritarian government intent on destroying democracy around the world.

Fox News's Dan Bongino straight up said, "Bob Mueller just lied to the American people," because, as ever, the favorite conservative rhetorical strategy is to project their own sins onto their opponents.

On "Fox & Friends" Thursday, Brian Kilmeade offered the view that this affair was "personal" for Mueller, as if it was somehow out of line for a law enforcement official to find those he is investigating personally repulsive, especially when the suspected or likely criminals spend all day telling lies about him on TV and social media.

There's a staggering amount of this kind of rhetoric on Fox News and other right-wing propaganda outlets, and it all points to one single strategy: Discredit Mueller, and therefore discredit his extensive findings. Which would be deeply bizarre if, as Trump and his allies keep claiming, Mueller had "exonerated" Trump.

Of course, they don't actually believe that. They understand that Mueller, in his maddeningly oblique way, is accusing Trump of serious crimes and calling on Congress to impeach him. So the right-wing panic is a reaction to that, and an effort to rally the conservative base behind the Trump-as-victim narrative. If Democrats ever do get around to launching a serious impeachment inquiry, the right-wing masses are already well versed in the Borg-issued talking points about "witch hunts" and "presidential harassment."

Still, the one benefit of this propaganda push is that it serves as a Rosetta Stone for those in the mainstream press who are pretending not to understand what Mueller meant. He made a point of saying that Trump had not been exonerated, and that the Constitution has a clearly defined process for dealing with criminal accusations against a sitting president. As far as Trump and the right-wing press is concerned, that was perfectly clear: Mueller thinks Trump committed crimes and he would like Congress to take him down. If the president and his allies are freaking out, that's because they are starting to believe it really might happen.