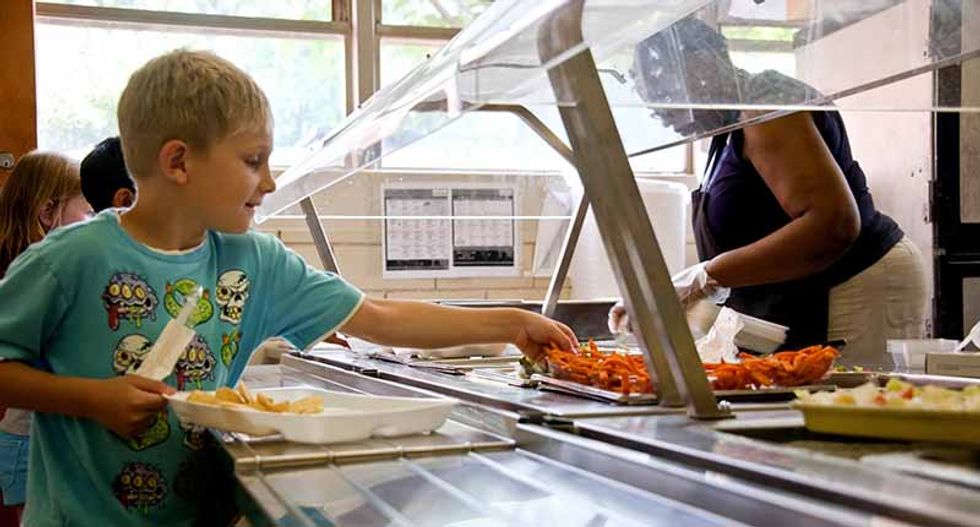 Image via Pixnio.
Walter Einenkel
and
Daily Kos
May 08, 2019 Education

On Monday, the Warwick, Rhode Island, school district will begin some good old conservative austerity measures. They will be cutting back on the variety of food that some children are allowed to receive for lunch. In fact, according to the Providence Journal, all students who haven’t paid up their lunch debt will only be allowed to receive a sunflower seed butter and jelly sandwich. School committee chairwoman Karen Bachus told the paper that, “This policy actually comes out of a serious debt that we’re incurring by people who are not paying for their lunches, and it’s getting worse.”

Warwick schools have around $40,000 in unpaid lunch debt. The debt is due both to parents who “can” afford lunches not paying, as well as students who cannot afford lunches, not paying. But the economic crunch being felt by the Warwick school district is being felt across the country. NBC 10 spoke with a local restaurant owner who tried to donate $4,000 to the fund but was rejected—and frustrated enough to talk with the news about it.

“I have met with Warwick twice and the second time I left in tears after they refused to take a $4,000 check,” she wrote. “I get where they are coming from. They don't want parents getting upset if their childs [sic] lunch gets paid for, but if they are going through hard times they may need help. I come up with several different ideas and they were all shut down.”

Warwick Schools’ position is that they cannot be put in a position where they must choose who to allocate money for. Of course, that would be easier if the lunches provided at school were free to students and covered under a program that chose to feed all students, regardless of their economic background. Stories about children being punished for our country’s failures sit on top of budget cuts that have already reduced the janitorial staffs in the Warwick district, who according to the journal is facing $12.5 million in budget deficits starting in July.

Our current nutritional system for schools is a privatized, profiteering machine, more interested in lobbying against healthier food standards than providing fully rounded meals to children. There are angels out there trying to get kids the food assistance they need, but they are only angels because our elected officials are so morally bankrupt.