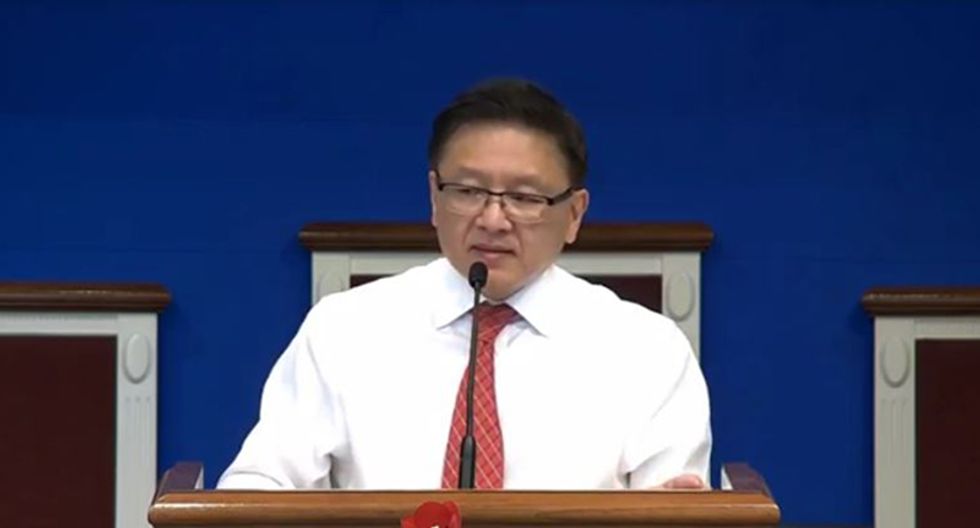 The US prosperity gospel preaches that wealth is God’s reward. The teachings seem to fly in the face of more traditional Christianity, which advocates humility and helping the poor and vulnerable.

“It then pairs up their “swag attire” with a price tag. One pastor can be seen wearing $6,000 Yeezys and $2,500 Hypebeast grail sneakers.”

“How does a pastor end up wearing shoes that exceed the annual amount an average American contributes to their retirement?” Kim wonders. ‘Two ways. Gradually, then suddenly.’ This is the consummation of the unholy marriage between American consumerism and the church in America.”

He notes that the cultural consumerism that’s infect the Church requires that as a Christian he repents.

“These questions haunted me. It was as if they were asking me directly and I had to repent in tears,” he writes.

“The goal was always to make disciples; this is what Jesus commissioned in a time before Constantine in Rome and the Church Growth Movement, a time before the church’s ontological identity subtly shifted from being a place from which you were sent out to a place you sat down!”

True Christians need to take the harder road than promoting the worst of American consumerism, even if it might be less popular.

“Jesus said to make disciples, not crowds. The current crisis in the Church is that we have great crowds, but few disciples.”