Republican senators line up to attack Richard Burr over Don Jr. subpoena — and prove their loyalty to Trump 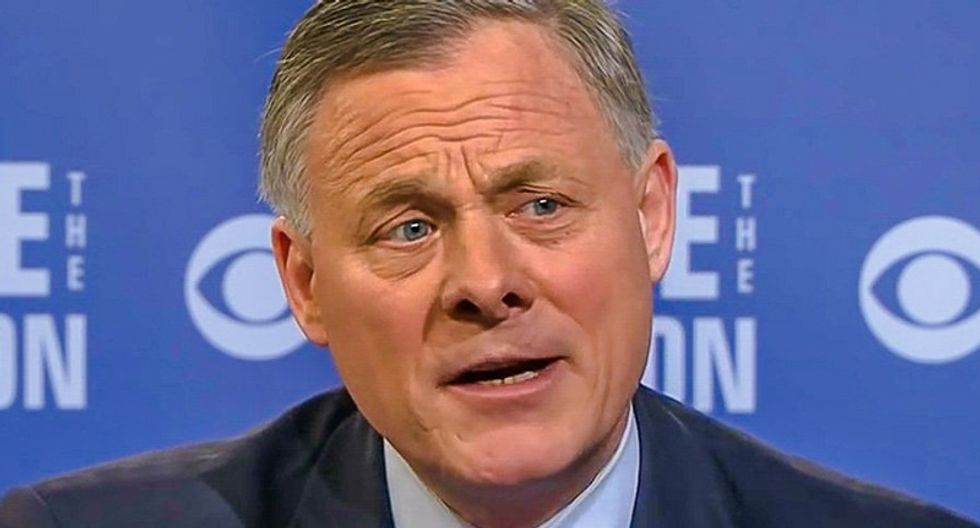 Trumpist senators are placing extreme pressure on Senate Intelligence Committee Chair Richard Burr after the committee issued a subpoena demanding further testimony from Donald Trump Jr. They’ve moved on from declarations that it’s “bad form” to subpoena anyone related to Trump without permission, to claims that subpoenaing Trump Jr. is a “travesty of Justice,” to directly “ripping” Burr for his decision. Trump PAC Turning Point USA has singled out Republicans running for reelection in 2020 and forced them to make statements attacking Burr. Trumpist Sen. Rand Paul has even proposed that the entire GOP caucus hold a vote on the committee’s issuance of a subpoena—an unprecedented move that would have no other purpose than to be a public shaming of a senior senator.

However, as The New York Times reports, Burr has remained firm in his decision for a simple reason: Donald Trump Jr. gave him no choice. In just the last two months, Trump Jr. has twice agreed to speak to the committee voluntarily. Both times he cancelled at the last minute. Burr also made it clear that, despite Trump Jr.’s claims to the contrary, the deal he made with the Senate committee always included the possibility that he would be called to testify again if there was a need to clarify or expand on his previous testimony. Trump Jr. agreed to that deal before he appeared in closed-door session the first time.

The reasons for Donald Trump Jr.’s refusal to appear seem to be the same reasons that the committee would like him to appear. First, the testimony of Michael Cohen indicates that Trump Jr. likely committed perjury when explaining his position relative to Donald Trump’s “Moscow Project.” But perhaps more importantly, the report from special counsel Robert Mueller shows just how close the investigation came to charging Trump Jr. in connection with the infamous Trump Tower meeting with Russian operatives. Trump Jr.’s outreach to Russian operatives, his knowledge that this was being done as part of a Russian government effort, and his excitement about the possibility of participating all make this one of the clearest points of cooperation and collusion featured in the report—even if prosecutors did ultimately feel it fell short of criminal conspiracy.

And Donald Trump Jr. does not want to talk about the report. Or how he previously downplayed those same incidents.

All the noise from Republicans screaming “case closed” is in fact pointless, as Burr has already made it clear that the Senate Intelligence Committee investigation into Russian interference, which has focused primarily on the counterintelligence aspects, is nearing completion. The sooner Donald Trump Jr. appears, the sooner the committee can iron out the last details of its report and file its paperwork.

But Republicans don’t want the investigation to reach a conclusion. They just want it to stop. And if they have to destroy Burr to save Donald Trump Jr. from embarrassment, they’re completely okay with that. Even other sitting senators are willing to see one of their colleagues ripped apart for doing his job, because they want to be on record supporting Trump over anything else. That’s led to accusations that Burr is a “turncoat” who is under the control of Democratic committee Co-Chair Mark Warner.

Richard Burr is no hero. During the Russia investigation, he explicitly shared information on the investigation that allowed Trump and White House officials to better prepare for questioning and may have helped inform the destruction of evidence. But the way he is being treated for the simple act of trying to finish his investigation is a critical sign of just how little tolerance remains in the GOP for valuing the law, civil procedure, or congressional authority over even those connected to Trump.