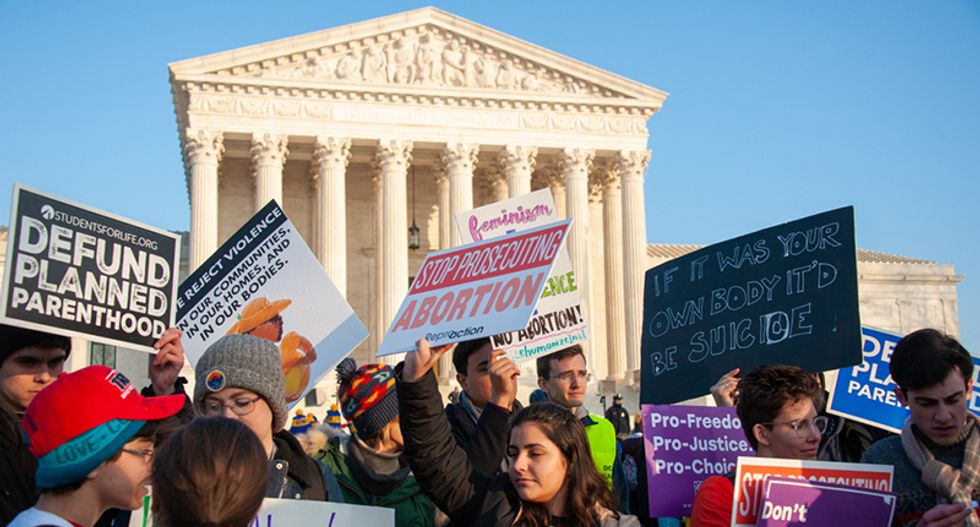 Image via Shutterstock
Laura Clawson
and
Daily Kos
May 29, 2019

States like Georgia, Alabama, and Missouri, with their extreme abortion bans and vanishing clinics, aren’t the only ones considering abortion policies—and there’s better news elsewhere. A series of states with Democratic governments have passed or are considering laws to expand and protect reproductive freedom.

Maine will allow nurse practitioners to perform abortions, expanding the possible number of care providers in the state. Nevada’s legislature voted to reverse some restrictions, including eliminating the requirement that doctors warn women about the (unproven) “physical and emotional implications” of abortion. Vermont's legislature recognized “as a fundamental right the freedom of reproductive choice," including “rights to choose or refuse contraception or sterilization or to choose to carry a pregnancy to term, to give birth to a child, or to obtain an abortion”—and its Republican governor won’t veto the bill.

Other states have bills in the works. The Illinois state House has passed a bill that, like Vermont’s, affirms reproductive freedoms and also repeals some restrictions on the books in the state. Massachusetts is considering the ROE Act, which would remove some restrictions, including a parental permission law for teens and a waiting period that isn’t currently being enforced anyway, as well as expand rights to abortion after 24 weeks in case of serious fetal abnormalities and create a safety net to ensure that abortion is treated like other medical care for women who don’t have other health coverage.

None of this helps women in Georgia, Alabama, or Missouri—except maybe the ones who live in Missouri right on the Illinois border—but it’s a sign that Democrats are recognizing the threat posed by the Trump Supreme Court and moving to strengthen freedoms where they can. And it's great news for women in blue states. It’s just that justice and freedom shouldn’t stop at the borders of Maine, Nevada, or Illinois.