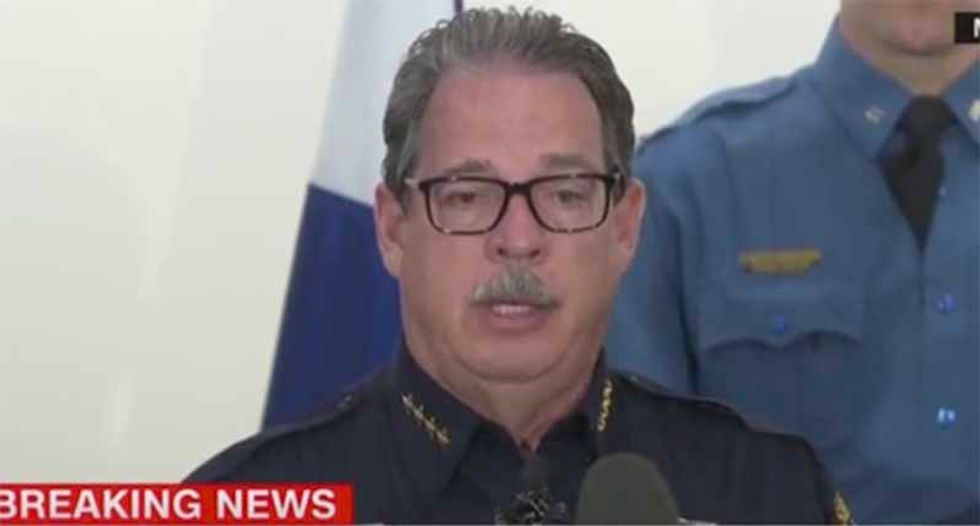 Image via Screengrab.
Elizabeth Preza
May 08, 2019

“We have an adult male that we sent out information on yesterday in custody at the Douglas county jail,” Spurlock told reporters Wednesday. “We originally thought that we had a juvenile male in custody, but through our interviews yesterday late afternoon determined that we have a juvenile female that is in custody right now who is the other suspect.”

CNN’s Ryan Young described the news as “shocking,” noting authorities believe neither the unidentified female suspect, nor 18-year-old Devon Erickson — who police detained on Tuesday — were old enough to legally buy the weapons used to carry out the attack.

Watch the report below, via CNN: