'Playing to the base is not enough': Political strategist reveals why Trump could be vulnerable within his own party 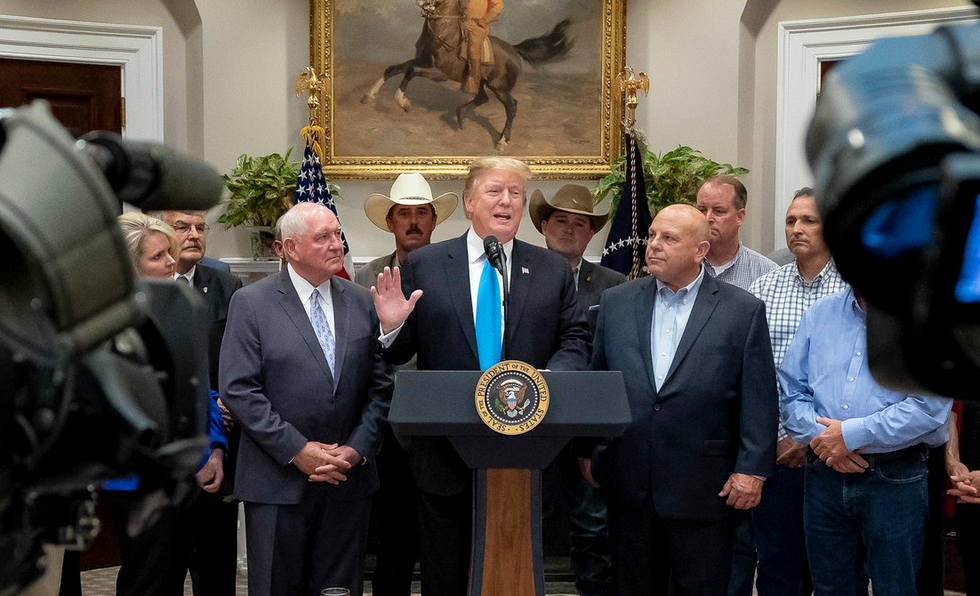 While President Donald Trump's re-election chances remain up for debate, most political analysts seem to assume that it goes without saying that he faces little likelihood of a serious challenge within his own party. A new analysis posted on the conservative anti-Trump site The Bulwark on Tuesday, however, suggests that this assumption is open to doubt.

"A majority of Republicans and Republican leaners continue to say that they do not want Trump challenged in a primary next year," said New York political strategist Bruce Gyory, citing new polling from Pew Research Center. "But 43 percent of Republicans and Republican leaners would like to see Trump get a primary challenge next year. That 43 percent number is up by 6 percent from the 37 percent level right after last year’s midterm elections. This is a high number on the ascent."

He argued that the data "puts a dent in the conventional wisdom that Trump has overwhelming support from the full range of the GOP coalition."

Trump seems to be able to hold on to 85 percent of Republicans and Republican-leaning voters, Gyory said, but with Democrats united in opposition, and independent voters breaking for Democrats, as they did in 2018, the circumstances could be fatal for Trump.

"If that equation were to hold for 2020, Trump [would] lose both the popular vote and the Electoral College, the Democrats would hold the House and the Senate would be a jump ball," he wrote. "In the end, this data is but another reminder that just playing to the base is not enough for Trump to prevail."

Even with a strong primary challenge, Gyory said, Trump would likely still be the GOP nominee — but he would end up damaged. That's what happened to President George H.W. Bush in 1992, who went on to lose to Bill Clinton.

Gyory concluded: "Therefore, this Pew poll tells me that challenging Trump for the nomination is not a fool’s errand. The tactics can be argued various ways, but I think New Hampshire is the key, precisely because independents can vote in either primary and New Hampshire’s conservatism is the flinty, traditional style of conservatism."

It's worth comparing this to another piece of 2020 analysis I wrote about from Allan Lichtman. Lichtman predicts presidential elections not using polls but by looking at key aspects of the party in power to determine whether it is vulnerable or not. In his view, Trump is actually looking stronger in 2020 than Democrats currently believe. He argued in a new interview Tuesday that Democrats should proceed with impeachment if they want to win the White House because the scandal would weaken Trump's chances.

But another factor that could weaken Trump's chances, according to Lichtman's methodology, is a "serious contest for the incumbent party nomination." If Gyory's analysis is correct, and Trump does face such a challenge, it would be another strike against him.

And it's possible, too, that a strong push for impeachment could increase the likelihood that Trump faces a serious challenge (Gov. Bill Weld has already entered the race). Many Republican voters could become exhausted with Trump's endless scandals, and perhaps the proceedings would reveal or trigger even more wrongdoing by the president. Even if they backed Trump in 2016, many voters might feel a desire for someone new and turn to the GOP challenger. With both an impeachment and a strong challenger as strikes against him, Trump might face an even tougher challenge in hanging on to the White House in the general election.