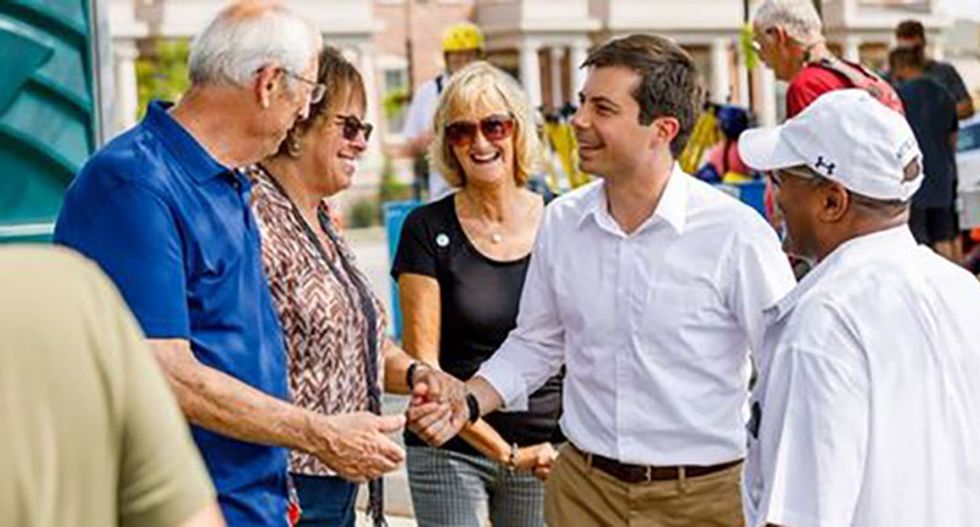 Pete Buttigieg, the 37-year-old mayor of South Bend, Indiana, disclosed a decade of tax returns on Tuesday, a move that comes amid a longstanding battle to obtain President Donald Trump's financial records.

Buttigieg's returns revealed that he and his husband, Chasten Buttigieg, a teacher, earned just over $152,000 in income last year. The pair paid about $20,000 in federal taxes for an effective tax rate of 13.2%, the forms show. It was the first year the couple filed jointly. They were married in June 2018.

Buttigieg's returns reveal that while he has made six-figure salaries in recent years, he is among the least wealthy Democrats vying for the party's presidential nomination in 2020.

Buttigieg disclosed 10 years of tax returns on his campaign website,  following in the footsteps of other 2020 Democratic contenders, including a large group of U.S. senators that includes Cory Booker of New Jersey, Kirsten Gillibrand of New York, Bernie Sanders of Vermont, Kamala Harris of California, Amy Klobuchar of Minnesota and Elizabeth Warren of Massachusetts. Other presidential hopefuls, including former Rep. Beto O'Rourke of Texas and Gov. Jay Inslee of Washington, have also released at least 10 years of tax returns.

The issue of taxes has been in the political spotlight because Trump has famously refused to release his own returns, as every president since Jimmy Carter has done voluntarily. House Democrats are now demanding to see the president's returns — and most recently have issued a subpoena to Trump's accounting firm to obtain his financial statements after the administration refused to release the returns through the Treasury Department, as required by federal law.

Trump's subpoena battle with House Democrats came to a head last week, after the president sued Rep. Elijah Cummings, D-Md., chairman of the House Government and Reform Committee, in an attempt to block congressional Democrats from obtaining years of his financial records.

Although not required by law, every major party presidential nominee since the 1970s has chosen to publicly release his or her tax returns except for Gerald Ford, who only released a summary. Financial disclosures can help paint a fuller picture of a candidate's business positions and interests by providing information about financial dealings, such as investments, donations, business relationships, assets and possible conflicts of interest.

The lawsuit comes as Democrats ramp up their wide-ranging investigations into the Trump administration, which have included issuing subpoenas for information about White House security clearances and the 2020 census and for an unredacted version of Robert Mueller's report into foreign interference in the 2016 presidential election and Trump's apparent efforts to obstruct the probe. A redacted version of Mueller's report was released earlier this month.