Pete Buttigieg lays into Trump: A draft dodger who 'used his privileged status to fake a disability' 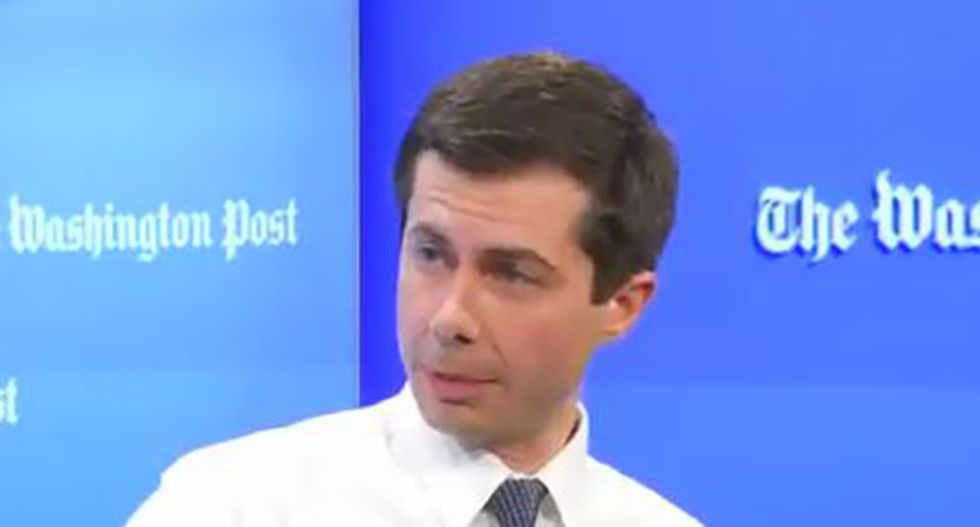 David Badash
and
The New Civil Rights Movement
May 23, 2019 Video

Pete Buttigieg launched a series of attacks against President Donald Trump Thursday morning, accusing the Commander-in-Chief of faking a disability to evade military service and being a racist.

"I have a pretty dim view of his decision to use his privileged status to fake a disability in order to avoid serving in Vietnam," Buttigieg, a top-tier 2020 Democratic presidential candidate, told The Washington Post's Robert Costa during a live, on-stage forum. "I think that's exactly what he did."

Costa had been asking Buttigieg if he'd be able to handle Trump during a debate on stage. The South Bend mayor reminded Costa that not only is he gay but he grew up in Indiana, so he has experience with bullies. Buttigieg said Trump needs to be managed like a crazy uncle.

"Look, I don't have a problem standing up to somebody who was working on season 7 of 'Celebrity Apprentice' while I was packing my bags for Afghanistan," Buttigieg, who served as a Lieutenant overseas, replied.

"This is somebody, who I think it's fairly obvious to most of us, took advantage of the fact that he was a child of a multi-millionaire, in order to pretend to be disabled, so that somebody could go to war in his place," Buttigieg charged.