Pelosi warns Trump impeachment is inevitable: ‘He knows what his violations have been’ 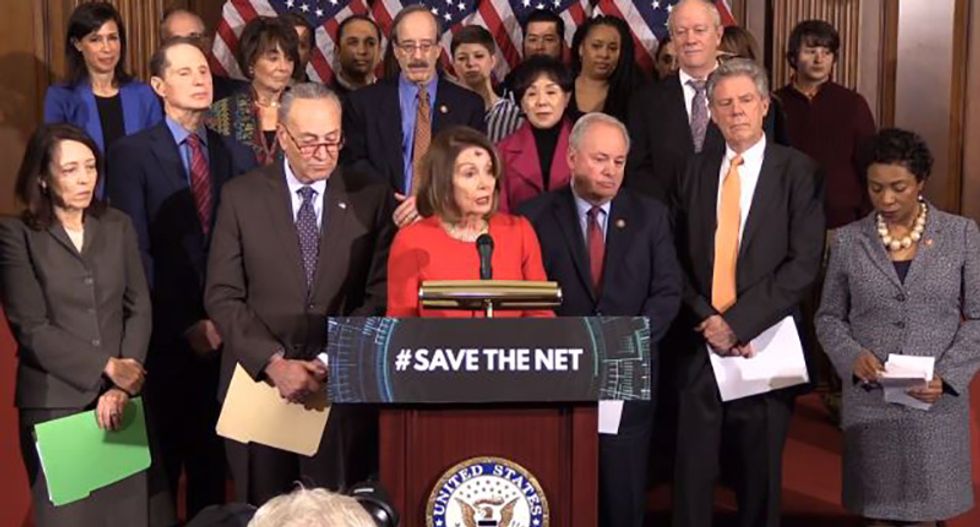 The California Democrat has so far been holding back the growing push to launch an impeachment inquiry against the president, but she told the late-night host that Trump understood why that was inevitable.

“We have to be ready,” Pelosi said. “Our Founders, in the darkest days of the Revolution, they said, ‘The times have found us.’ Well, I think right now the times have found us. We have a defiance of the Constitution of the United States, and so when we go down this path, we have to be ready, and it has to be clear to the American people, and we have to hope that it’ll be clear to the Republicans in the United States Senate.”

She assured Kimmel that House Democrats were on a path to getting more information from a stonewalling administration, but she said they were not backing down.

“The public deserves to know the truth — the facts — and so, when you go down a path like impeachment, which is very divisive, it could divide the country,” Pelosi said. “Let me put it this way: We understand our oaths of office, to defend the Constitution of the United States. Apparently, the president does not understand his oath of office. He doesn’t honor the oath to protect and defend. We know our responsibility, but again, because it is divisive, we have to try to bring people together.”

Pelosi said the president knew that he would eventually face impeachment.

“I probably have a better idea as to what the president has to be held accountable for than anyone,” Pelosi said. “The only person who knows better than I do … is the president of the United States. He knows. He knows what his violations have been.”

But she said Trump didn’t fear impeachment as much as he should because he believed a Republican Senate would never convict him.

“[Here’s] why I think the president wants us to impeach him,” Pelosi said. “He knows it’s not a good idea to be impeached, but the silver lining for him is, then he believes that he would be exonerated by the United States Senate, and there’s a school of thought that says, if the Senate acquits you, why bring up charges against him in the private sector when he’s no longer president? So when we go through with our case, it’s got to be ironclad.”