Ocasio-Cortez slams abortion ban: 'Of course, no extra punishment for the rapists' 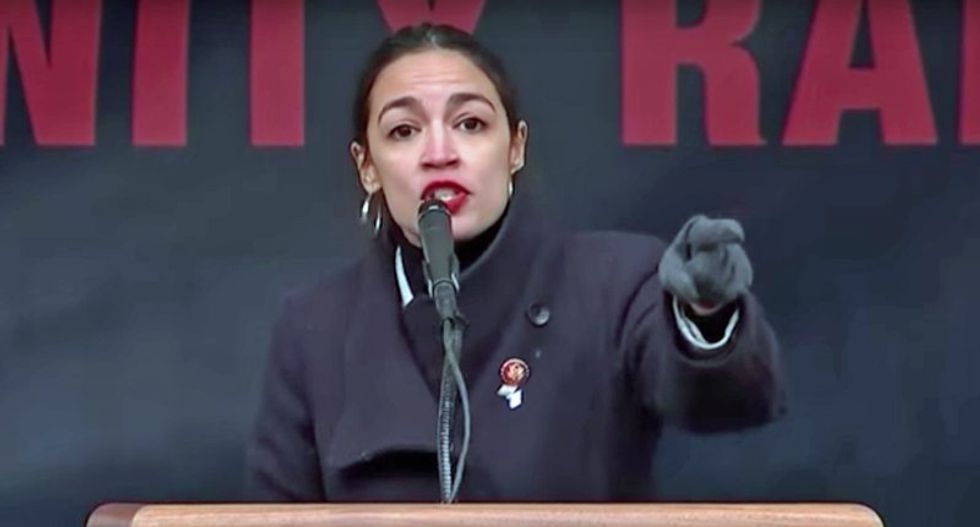 On Wednesday and early Thursday morning, Alexandra Ocasio-Cortez (AOC) took to Twitter to discuss the draconian abortion laws, which are being swiftly enacted in several states. Here are four tweets, in quote form, followed by the link to the tweets.

“Ultimately, this is about women’s power. When women are in control of their sexuality, it threatens a core element underpinning right-wing ideology: patriarchy. It’s a brutal form of oppression to seize control of the 1 essential thing a person should command: their own body. ”

There’s no extra punishment for the rapists, but plenty for women and girls.

“Alabama lawmakers are making all abortions a felony punishable w jailtime, incl women victimized by rape+incest. Of course, no added punishments for rapists.It’s going to @GovernorKayIvey‘s desk. She will decide the future of women’s rights in Alabama.”

The law is nothing short of horrifying.

Ocasio-Cortez stays fearless, and compassionately on course with every issue on which she embarks. She clearly speaks for the people.

The short of it—abortion laws will never stop abortions, they will only cause more women to die from back-alley butchers. It’s hard to sleep tonight.