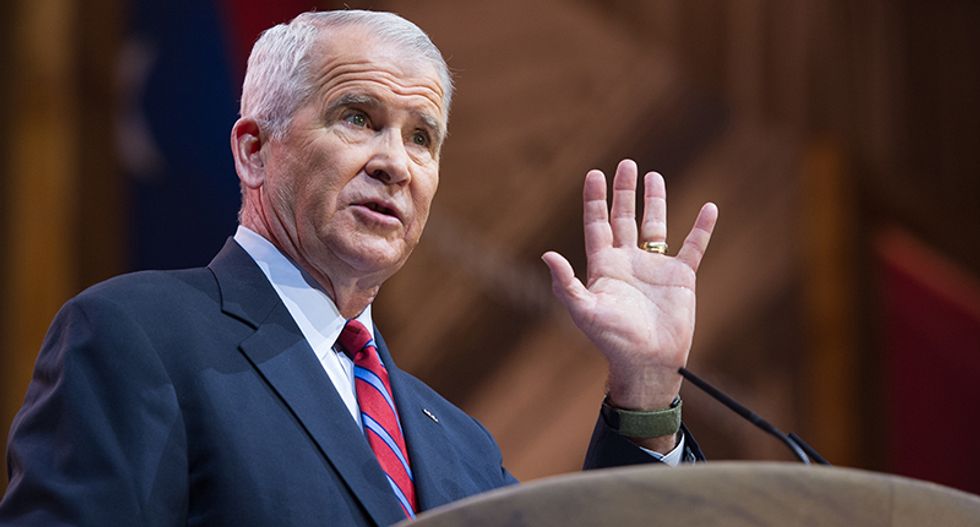 When Democratic presidential administrations are in the White House, the National Rifle Association (NRA) typically launches aggressive fundraising campaigns. But, as reporter Betsy Woodruff describes some of them in a May 14 report for the Daily Beast, the organization is facing some major financial challenges in 2019.

Woodruff opens her piece by noting that the NRA’s revenue has been in decline under the Trump Administration and that according to a memo from former NRA President Oliver North, it has been receiving bills from its an outside law firm, Brewer Attorneys & Counselors, for more than $97,000 per day.

The NRA’s current leadership, Woodruff notes, has disputed the assertions in North’s memo, which — along with other internal NRA documents — was leaked on Friday evening, May 10. In the memo, North questioned the law firm’s billing practices, but attorney Bill Brewer and Charles Cotton (chairman of the NRA’s audit committee) both defended the bills.

The Beast asked some legal experts to weigh in on North’s memo. Deborah Rhode of the Standard Law School told the Beast, “even granting that the NRA has a pile of legal problems, the context of this case should send red flags up everywhere. Creative accounting is shockingly common, even among elite firms. And what deters it is a client who’s willing to provide some oversight, which doesn’t seem to have happened in this case.”

Attorney Brendan Fischer of the Campaign Legal Center told the Beast, “$97,000 a day for seven days a week of relatively undefined legal services seems awfully questionable. And based on the memo, the legal representation started with one relatively defined purpose and has apparently exceeded the scope of the original representation.”

Fischer added, “There’s all sorts of red flags here. It’s the kind of thing that the IRS could potentially scrutinize, but in recent years, it’s more likely that state attorneys general are going to review the activities of nonprofits under state law.”

Marcus Owens, an attorney at Loeb & Loeb, told the Beast, “These are huge bills, in my view. It just feels like there’s a real potential for more going on here than just lawyers’ fees.”