Nigel Farage triumphs: Here's what drove voters to the Brexit Party in the Europe 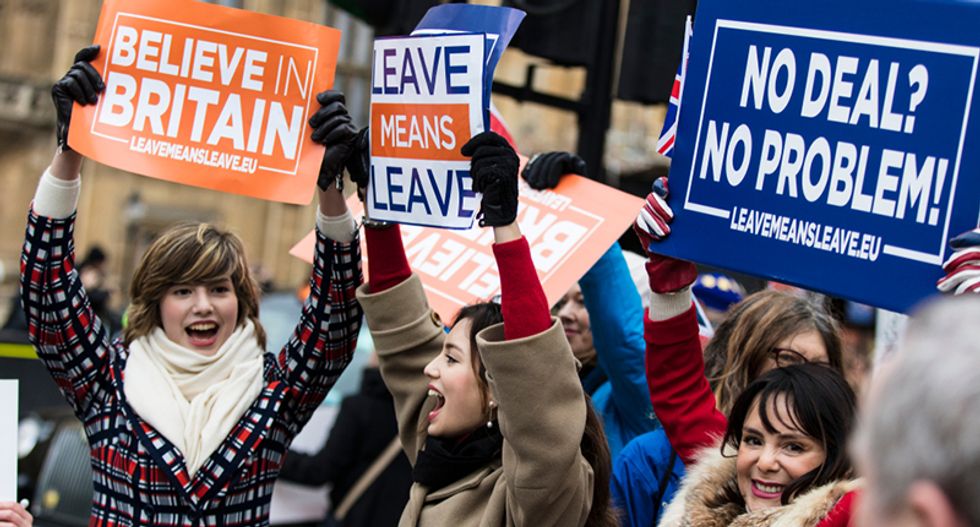 The European elections in England were a triumph for Nigel Farage’s Brexit Party, which took 32% of the vote. There was real success for the Liberal Democrats and Greens as well, deep disappointment for Labour and the new Change UK party and disaster for the Conservatives.

Survey research we conducted just before the vote shows where the Brexit Party votes came from, offering some vital insight into what the main parties need to do to recover from their losses ahead of any future general election.

In the survey, conducted just before the European elections, we found that the Brexit Party benefited most from disaffected Conservative voters. However, it also took votes from Labour and even the Liberal Democrats as well as soaking up the UK Independence Party (UKIP) vote.

We worked all this out using an internet survey commissioned from Deltapoll conducted between the May 18 and 22, 2019. This survey is part of a wider project to study the Brexit process and it involved interviewing just over 2,500 people, making it more than twice as large as a standard opinion poll.

We asked respondents which party they voted for in the 2017 general election and then compared their answers to their vote intention in the European elections. The survey showed that 64% of the Brexit Party vote came from Conservatives, 22% came from Labour, 11% from Liberal Democrats, and 3% from other parties, largely UKIP.

Put simply, the Brexit Party took three times as many votes from the Conservatives as it did from Labour and six times as many as it took from the Liberal Democrats.

Bad news for Corbyn and Johnson – but Farage, too

We also asked if respondents felt satisfied or dissatisfied with Theresa May as prime minister and only 22% said they were satisfied. A massive 74% were dissatisfied. That said, the public evaluates leaders using a variety of characteristics such as their competence, honesty, caring quality and other attributes. It turns out that these are all summarised rather well by asking people if they like or dislike a particular leader. If the public like a leader they are very likely to think that they are competent, honest and so on.

We measured the likeability of leaders using an 11 point scale, where zero means they dislike them a lot and ten means that they like them a lot. The chart below shows the average scores on this leadership scale for Jeremy Corbyn, Nigel Farage, Theresa May and Vince Cable. Boris Johnson is also included since he is currently the frontrunner in the Conservative leadership race.

Labour’s Jeremy Corbyn did worst, with a likeability score of only 3.8 and Vince Cable did best with a score of 5.9. These scores, in part, may explain why Labour’s performance was poor and the Liberal Democrats did so well in the election.

Interestingly though, Nigel Farage had the same score as May, indicating that there is more to the success of the Brexit Party than his popularity. Among the public as a whole the Brexit leader is not that popular. What’s more, Johnson was only marginally ahead of Theresa May on 4.4. This suggests that if he does succeed her as party leader he is not going to give the Conservatives much of a boost.

Only 9% of the public think the Conservatives have done well in handling the negotiations with the EU compared with 71% who thought they had done badly. This goes a long way to explaining why they received only 9% of the vote in the elections.

It is nevertheless clear that while the two major parties performed badly in these elections, they both have a reservoir of identifiers or loyalists, many of whom are likely to stick with them when times are difficult. That’s not true for the Liberal Democrats or the Brexit Party. These two parties have only a limited brand loyalty which means that if things go wrong, as they did with UKIP following the 2016 referendum, they could rapidly lose support.

So the two major parties have the potential to bounce back in a general election in the future. Needless to say, these results show that Labour is in a much better position to do this than the Conservatives. A new Tory leader is going to have their work cut out to change the perception that the party has really messed up the Brexit negotiations and is therefore unfit to govern.