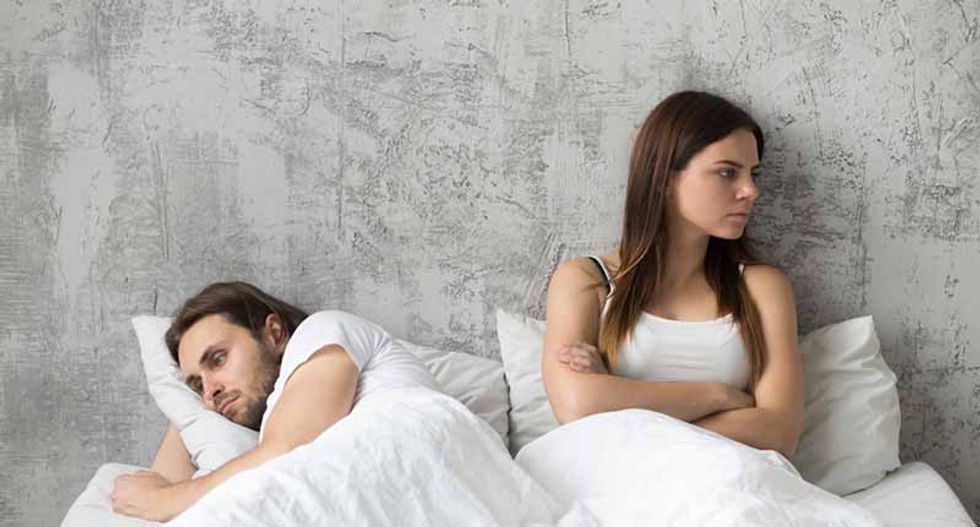 A new study conducted in the United Kingdom has found current generations of adults—in part due to the "sheer pace of modern life"—are having less sex than their predecessors.

In other words, the grind of late-stage capitalism is stripping humanity of one of its unique (though not exclusive) features: screwing for fun.

The study—among the largest of its kind ever undertaken—analyzed the sexual lives and habits of over 34,000 men and women ages 16 to 44 in the UK and found a dramatic drop in the frequency of sexual activity this century.

"Using data from the British National Survey of Sexual Attitudes and Lifestyles (Natsal)," a summary of the report explained, "researchers found a general decline in sexual frequency in Britain between 2001 and 2012, with the biggest falls seen among over 25s and married or cohabiting couples."

According to the summary:

Declines in levels of sexual frequency were evident across all age groups for women, and for all but the 16-24 year old age group for men, but were largest among those aged 25 and over and those who were married or living together.

"Several factors are likely to explain the declines, but one may be the sheer pace of modern life," said Kaye Wellings, the study's lead author and a professor of sexual health at the London School of Hygiene and Tropical Medicine, in a statement.

"It is interesting," Wellings added, "that those most affected are in mid-life, the group often referred to as the 'u-bend' or 'sandwich' generation. These are the cohorts of men and women who, having started their families at older ages than previous generations, are often juggling childcare, work and responsibilities to parents who are getting older."

In 2016, a study out of the London School of Economics showed that overall happiness in the modern economy would be more improved by less anxiety and love than increasing levels of income, but that doesn't account for the manner in which the modern economy continues to mount financial anxieties on younger generations in terms of lower wages, increased debt, and few social services designed to alleviate stress or provide better health outcomes.

While Wellings acknowledged that the study was not intended to pinpoint the "cause" for these patterns of sexual behavior, nor did it determine any single reason for the drop in sexual activity among various age groups, she said the study does explore the intersection between happiness, stress, and sexual intercourse.

"What is important to well-being is not how often people have sex but whether it matters to them," Welling said. "More than half of the men and women taking part in the study said they would prefer to have sex more often, which could partly stem from unfavourable comparisons with what they think is the norm."

"Most people believe that others have more regular sex than they do themselves," she explained, adding that she hopes the study will help to dispell some of those myths.

"Many people are likely to find it reassuring that they are not out of line," she said.