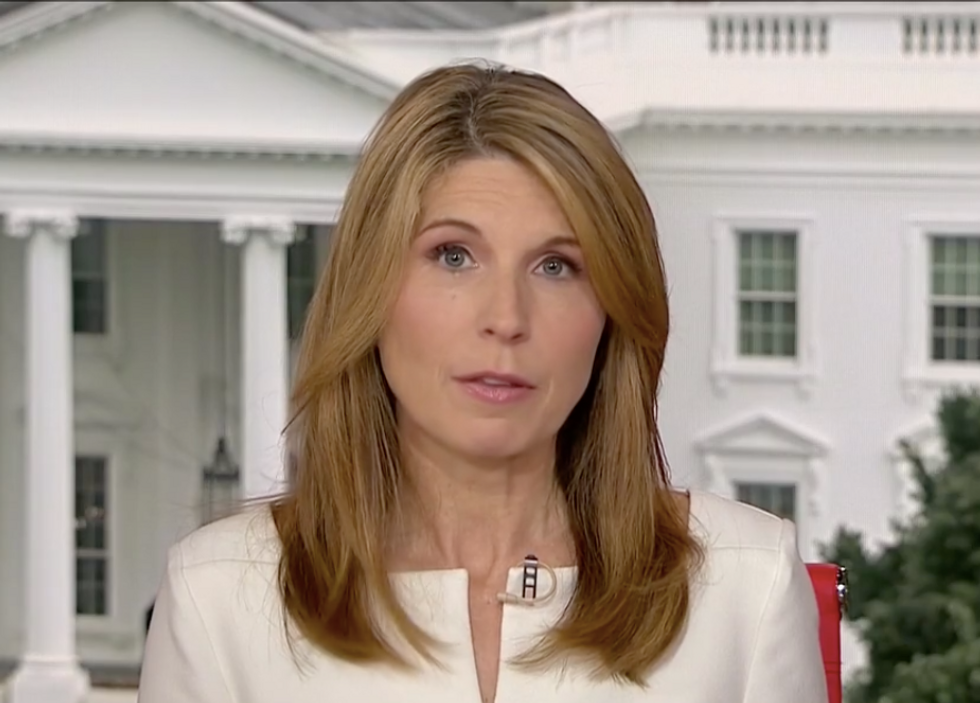 By refusing to begin impeachment proceedings against President Donald Trump, Democrats in the House of Representatives are basically giving a green light to all of Trump's abusive and criminal acts in office — particularly those outlined in Special Counsel Robert Mueller's report. And Trump is taking that cue, as he is clearly stepping up the brazenness with which he abuses his office.

MSNBC's Nicolle Wallace argued at the top of her show "Deadline: White House" on Monday afternoon that in just the past few days, Trump has on at least three occasions given more substantial evidence that he's abusing his power — a charge that could credibly comprise an article of impeachment if Democrats are ever to work up the nerve to press the issue.

"Trump may be arming Congress with fresh evidence of his willingness to abuse his office," she said. "A stunning three-pronged attack on the rule of law from the commander-in-chief this weekend."

First, Trump said that he "might" talk to Attorney General Bill Barr about investigating his potential 2020 opponent Joe Biden — something that would have been unthinkable in prior administrations.

And second, Rudy Giuliani was publicly saying he was traveling as the president's emissary to Ukraine last week to encourage the government to investigate Biden. Again, this would be Trump using the power of his office to press for a probe of a political opponent. Giuliani later canceled that trip after a public outcry, but the damage was done — and the message about what the president wants was sent loud and clear.

"And perhaps the most flagrant foul of the weekend? The president using his Twitter account to harass a witness in the obstruction of justice investigation," said Wallace.

She was referring to former White House Counsel Don McGahn, one of the key witnesses in the Mueller report. In a Twitter tirade over the weekend, Trump attacked McGahn's testimony and said he was "never a fan" of the lawyer.