Missouri teen threatens to lynch students of color: 'It’s a privilege to be in our school' 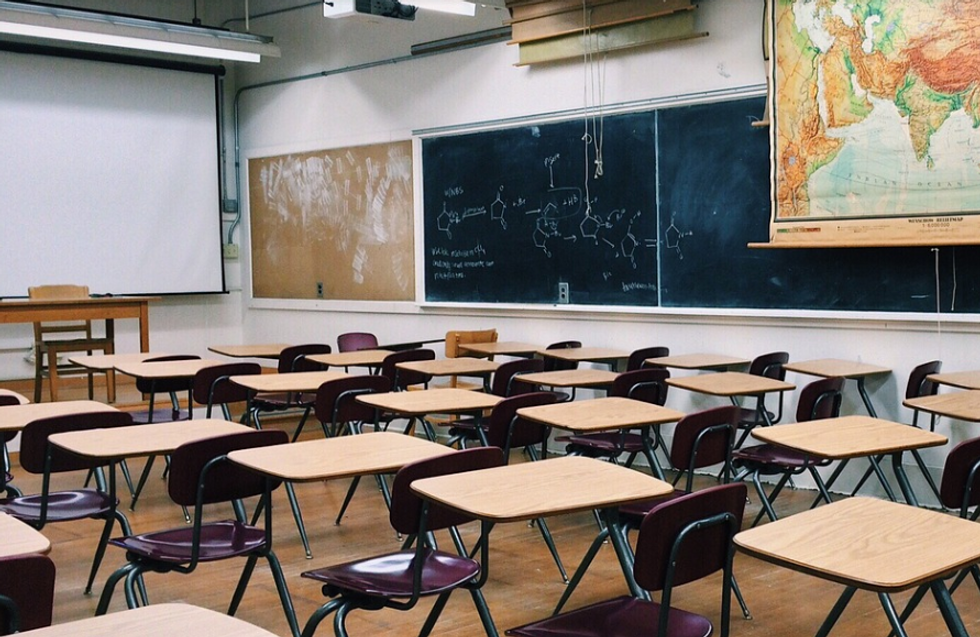 Just yesterday, we covered the sickening story of a St. Paul, Minnesota teacher describing her black students as ‘f------g n------s’ on video. Today, we have a different yet also horrifying video to discuss. There are some key differences: This video involves a Missouri high school, for example, it first appeared on Snapchat, and this time, it’s a student flinging out the racial slurs.

Perhaps the most important difference, however, is that in this 20-second viral, the teen doesn’t just use offensive language. He threatens to lynch his peers.

“I’ve got something to say. This is for all the c--ns, sp-cs and n-----s,” the white student is heard saying in the video. “Stay the fuck out of our locker room. Coming in and stealing shit. We should fucking lynch you. Fuck all of you.”

“It’s a privilege to be in our school,” the unidentified student continues. “You fuckers going around like you own the place. Fuck all of you. Every single one of you stupid c--ts!”

The video, which has been embedded in a tweet and has since gone viral, is below. And to be clear: It’s absolutely as upsetting to hear it as it is to read it.

Toni Robinson, president of the Springfield NAACP, wants the police to investigate the incident as a terroristic threat, due to the juvenile’s lynching mention.

"It should be taken seriously," said Toni Robinson, president of the Springfield NAACP, as reported by The Springfield News-Leader. "We believe it is a terroristic threat and should be investigated."

"It took my breath away, personally," Robinson continued. "You're not surprised but the trauma, the feeling, the emotion that we've been experiencing for generations is relived in that moment."

As of now, Bill Powers, the Kickapoo High School Principal, has done a few things in response to the video. He’s reportedly asked social media platforms to remove the video. It’s been reported that he has “disciplined” the student, but it’s not clear how.

He also reported the incident to the local police and called a hotline at the Children’s Division of the Missouri Department of Social Services.

Police Chief Paul Williams gave a public address on this particular development. “Due to the high interest, we wanted to let folks know,” he said.

Obviously, the use of racist slurs is abhorrent and worthy of disciplinary action on its own. What’s stand-out from a legal perspective, though, is the lynching threat. Lynching is a federal crime, thanks to a bill that was passed just last year. Lynching already has a huge connotation with being racially motivated. So given that the student is talking about people of color, it’s even more concerning.

While it’s still unclear what discipline the student is facing, The Root reports that Principal Powers has emailed parents about the situation.  According to The Root, Powers told parents that the “maximum scope of discipline” was given in this situation.

“The law does not allow us to be specific on the disciplinary actions we have taken,” Powers continued as an explanation of the lack of specifics. “But I assure you that it is significant and appropriate.”

How do you think the school should handle this situation?