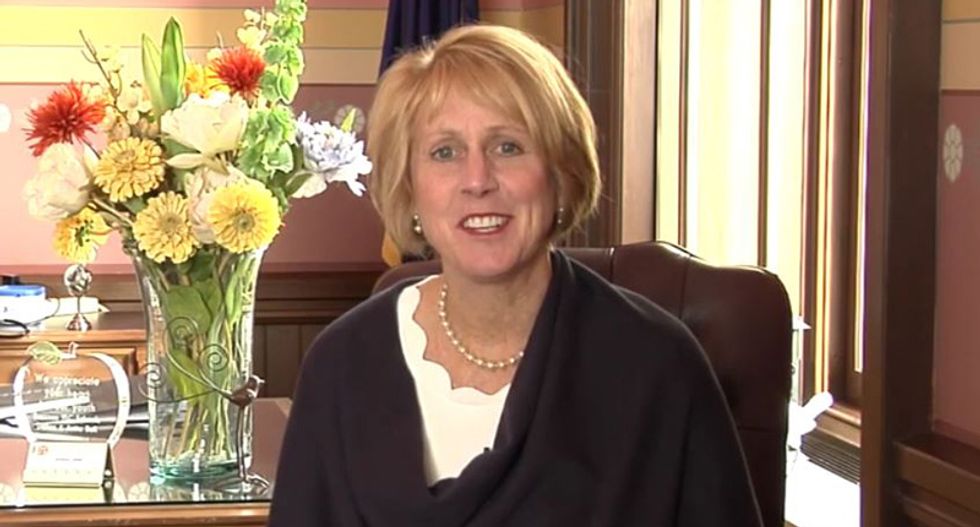 Everyone knows that God hates women who get abortions. In fact, one of the earliest books in the Hebrew Bible—Numbers—has a “pleasant” story about God’s priests giving women a special “potion” that would induce an abortion. According to the Bible, it was a punishment for adultery. So, abortion bad...unless God wants it done...to punish women. For those of you opening up your Hebrew Bibles, that’s Numbers 5:16-28. Got it! Michigan state Sen. Kim LaSata doesn’t read those kinds of bibles. She reads her own special bible and has big thoughts and feelings about what God wants. She and other forced-birther zealots in the Michigan state legislature have been trying to get their own abortion ban through.

With Alabama’s decision to outlaw abortions in virtually all cases, forced-birther types like Sen. LaSata want everyone to know that they are overjoyed by their victory in protecting the “sanctity of life.” The Detroit Free Press explains that during examination of medical experts, LaSata became angry after testimony that by banning standard second-trimester procedures for abortion, the Michigan legislature would be putting women into painful and dangerous scenarios. Sen. LaSata’s response was the kind of Jesus empathizing you might expect from a good Christian like LaSata: “Of course it should be hard! And the procedure should be painful! And you should allow God to take over!! And you should deliver that baby!"

Sen. LaSata has talked about her own personal abortion story, where she attempted to get an abortion, it didn’t work, and she ended up giving birth to a stillborn baby. She called the experience an intervention by God, forcing her to go through with what must have been a truly emotional and physically brutal experience.

It seems that what Sen. LaSata wants is for other women, regardless of the situation, to experience the trauma she experienced. In her mind, based on her words, she thinks that God did that to her and so other women should get to experience God’s work in the same way.