March For Our Lives demands end to 'generation lockdown' following latest school shooting: 'Do not grow numb to this' 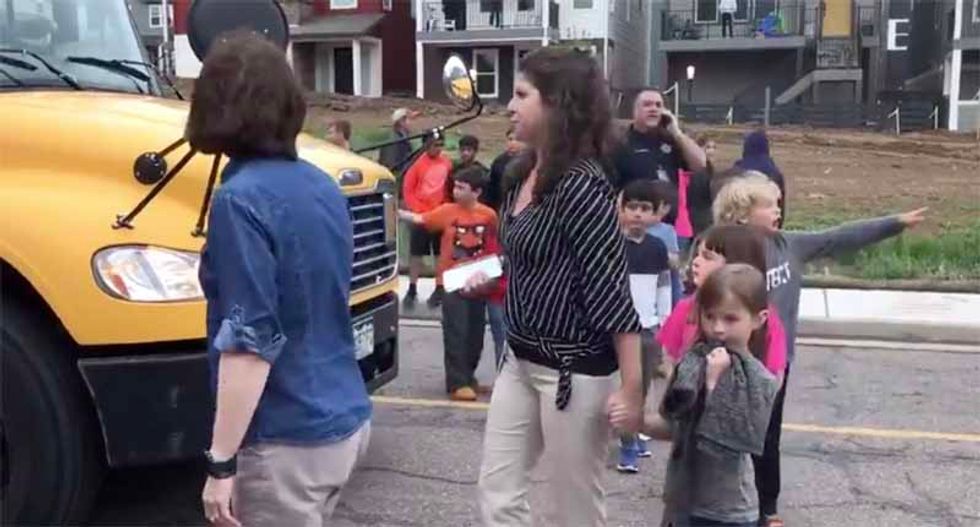 March For Our Lives, the gun violence prevention movement, called for an end to #GenerationLockdown following the latest school shooting.

Two suspects opened fire at the Denver-area STEM School Highlands Ranch Tuesday. Kendrick Castillo, 18, died. He was just days away from graduation. Eight others were injured.

It was the fourth school shooting in Colorado since the Columbine High School massacre on April 20, 1999, the Denver Post reported.

March For Our Lives, which was formed in the wake of the Parkland, Florida mass shooting last year, demanded an end to such violent acts. The group said people must not to "grow numb" to the tragedies and urged political leadership tackle the gun violence epidemic.

The group made the calls in a Twitter thread that included video from local Denver7 News of young STEM students boarding a bus outside the school.

A passage from a New York Times report on the Highlands Ranch shooting offered a brief encapsulation of "generation lockdown."

"I heard a gunshot," said Makai Dixon, 8, a second grader who had been training for this moment, with active shooter drills and lockdowns, since he was in kindergarten. "I'd never heard it before." (Emphasis added.)

The head coach for the Denver Nuggets, who lives in the community of Highlands Ranch, weighed in on the shooting as well.

"I know thoughts an prayers are never enough," Michael Malone said at a press conference Tuesday ahead of a game in Denver. "Something must change."

A candlelight vigil is being held at the school Wednesday evening for those affected by the shooting.