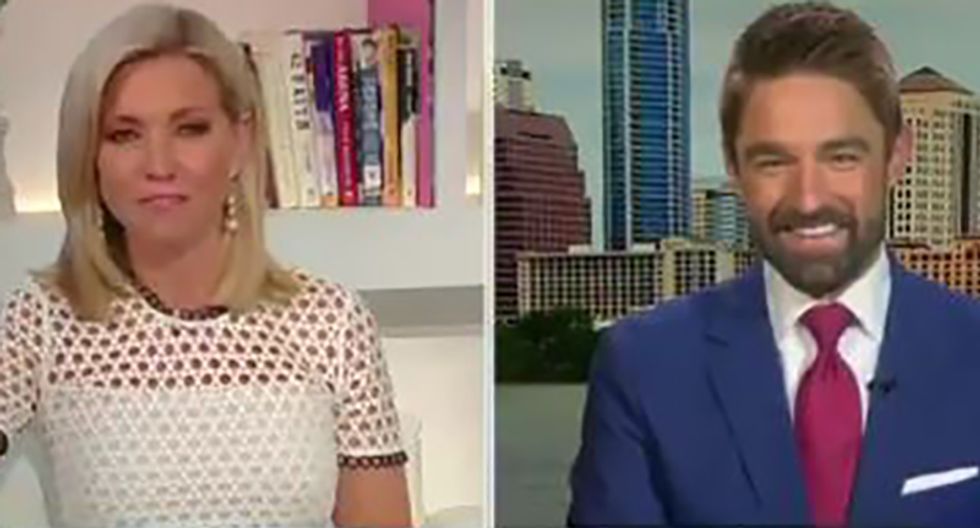 Image via Screengrab
David Badash
and
The New Civil Rights Movement
May 14, 2019 Video

In 2014 Texas Republican State Rep. Jeff Leach signed on to an amicus brief warning same-sex marriage could lead to polygamy and incest.

In 2017, Leach supported a bill that would have banned transgender Texans from using restrooms that correspond with their gender identity.

And on Tuesday morning, Rep.Leach went on "Fox & Friends" to support Chick-fil-A, the restaurant chain known for tasty chicken sandwiches whose profits are used by its owners to support anti-LGBT organizations and even at least one hate group.

Not only is Rep. Leach supporting Chick-fil-A, he's supporting legislation to protect the purveyor of fast food with a plate of hate.

A "Save Chick-fil-A" bill was defeated in the Texas House last week by an LGBT Democrat and the LGBT House Caucus, but on Monday the bill was "quietly revived" in the Senate.

"On Monday, the Senate waived rules to allow Hughes' bill to be heard in committee without public notice," the Dallas Morning News reports, explaining how Republicans chose to secretly push the bill through. "A few minutes later, the Senate Affairs Committee convened and held a speedy public hearing on the bill with no speakers — probably because no one had notice there would be a debate. When the bill came before the House State Affairs committee last month, dozens of people spoke for and against the bill."

"Later, the committee advanced the bill to the full Senate and placed it on the Senate's intent calendar for Tuesday."

The Cathy family, owners of the $10 billion, 2200 location Chick-fil-A chain, via their foundation have donated millions of dollars to groups that discriminate.

Leach says not only should Americans not argue that Chick-fil-A's food is tasty, but they should not even be allowed to argue over the anti-LGBT organizations Chick-fil-A's profits support.

"You can't argue with Chick-fil-a's food, and I don't think you should be able to argue with the organizations that Chick-fil-a chooses to support either," Leach told "Fox & Friends" on Tuesday.

Leach likens opposing Chick-fil-A and the groups they support to "a all-out assault on our freedom to worship and to give our money to organizations we want to support."

There is not, of course, "a all out assault on our freedom to worship and to give our money to organizations we want to support."

There is, however, growing resistance, even in Texas, to supporting discrimination and hate, even when it's cloaked in the shroud of "religious freedom."