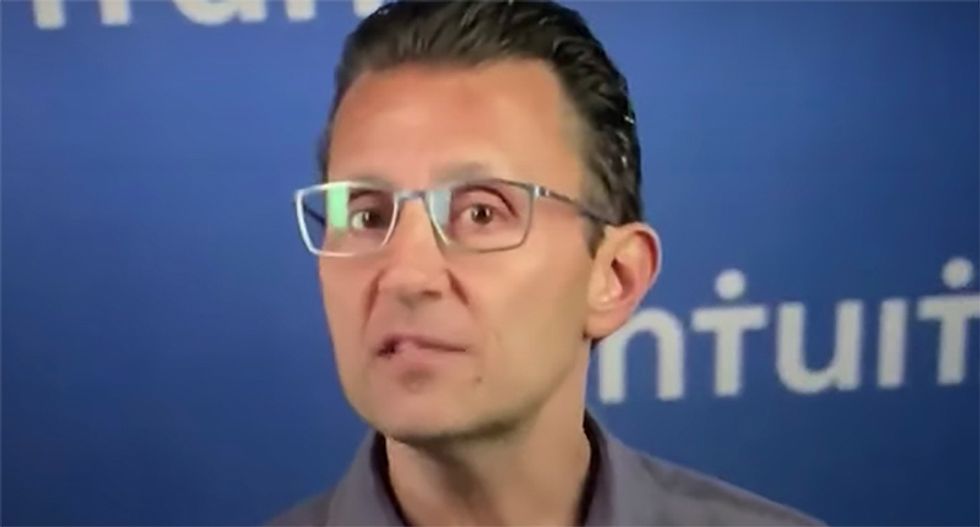 Sasan Goodarzi, the CEO of Intuit, says the company’s efforts to make its free tax-filing software harder to find on Google were part of the software giant’s commitment to educating taxpayers.

In an 11-minute video sent to Intuit employees, Goodarzi said the company was trying to help consumers by steering them to “educational content” instead of TurboTax’s free filing website.

The company promised the IRS it would offer a free option to tens of millions of taxpayers earning less than $34,000.

Responding to our reporting, which shows that Intuit, H&R Block and other for-profit tax software companies were steering low-income customers to their paid products, Goodarzi said the company’s marketing practices “had been misinterpreted to signal that we were trying to hide the product we offer in the IRS program. That is inaccurate.”

“Our choice around search was intended to be [in] the best interest of taxpayers so they were more fully informed about their options and could choose what they felt was best for them,” Goodarzi said in the video, which was marked “Intuit Confidential” and was sent to staff on May 3.

Goodarzi, who started as CEO in January, received $12.6 million in compensation last year as the head of the division that includes QuickBooks. He previously ran the company’s Consumer Tax Group, which includes TurboTax.

“We are and will always be a values-driven company,” Goodarzi said in the video obtained by ProPublica. “And chief among those values is integrity without compromise.”

An Intuit spokesman said the video “is part of our commitment to an ongoing dialogue with our 9,000 employees and reflects our culture of transparency. We stand behind the video as a clear description of our actions as being both appropriate and consistent with our values.”

There’s a lot more to it, so we’ve provided more context below. (You can watch the full video here.)

“Let me get into the important context about the environment in which these accusations are being made. At the center of it all is a single publication that has written 22 stories challenging our company over the last five years. Each of these articles have been written and published in the context of a specific wider political agenda. That agenda is to create a centralized government system of pre-filled tax returns.”

We looked around and couldn’t find other publications that have written as much on this topic, so we assume Goodarzi is referring to ProPublica. Yes, we have repeatedly written stories about the lobbying by companies like Intuit to stop the government from creating its own filing system. But we don’t have a political agenda, and passing laws is up to Congress. ProPublica does nonpartisan, independent investigative reporting that exposes abuses of power.

“Over the past five years, tens of millions of consumers filed their taxes for free using one of our free offerings. That is more than every tax prep company combined.”

It’s not clear what backs up this statement. We asked the company for clarification, and it declined to explain it.

“We created a holistic marketing approach including widely used search techniques to differentiate between our own free products and the one we offer through the Free File program. Knowledge is power and we wanted to equip taxpayers with the information they need to make an informed choice and more easily find the product they were looking for. As you know we advertise a lot. We’ve all seen them: “free free free.” Because we advertise so much, our experience and our common sense tells us that the majority of people doing internet searches for the words “TurboTax free tax preparation” are looking for TurboTax free product. Not the one we offer through the IRS Free File program.”

OK, this gets complicated. Goodarzi is differentiating between TurboTax’s Free Edition and its Free File product, which it offers as part of a deal with the IRS. As we have written, TurboTax directs people looking to file for free to the Free Edition, where many end up having to pay to file their returns. And we’ve heard from hundreds of people who were charged by TurboTax even though they were eligible to file for free. We asked the company for evidence to back up the claim that users don’t want to find the Free File product, but it didn’t respond.

“We implemented a multifaceted marketing campaign for the products we offer through the IRS Free File program. One important portion of the campaign was search and that included spending money on paid search and syndicating large amounts of content we created like product differences, eligibility requirements and FAQs. We did this so that the right content would be more easily found by eligible consumers. And that approach worked, with our IRS educational content showing up at the top of the search results. To avoid confusion between the IRS Free File program and our own free product, we also decided to have the landing page for the IRS product we offer not rank in search results.”

Here Goodarzi confirmed the accuracy of our story reporting that Intuit deliberately hid its Free File product from search engines.

Intuit was doing two things on Google. First, it was buying ads to direct people who searched for the truly free version to products where they would eventually have to pay. Second, it suppressed the landing page of the truly free product so that it would never appear.

The Intuit video shows a Google search with a site answering frequently asked questions about the TurboTax Free File product at the top of the results. During tax season, we did a series of searches to try to find TurboTax’s Free File product. The FAQ page was never at the top of the results. We repeatedly found that TurboTax had purchased ads directing users away from their Free File product and to products where many users have to pay. An Intuit spokesman said the Google search results shown in the company's video were from April 25, which was after the April 15 tax filing deadline.

Here’s our search on April 10. The ad and the top result both direct users to TurboTax’s commercial product, for which many people end up having to pay.

Here’s our search on April 15 for “TurboTax Freedom Free File.” The company uses Freedom as a brand name for its Free File product. Again, the top link in the search results directs users away from the truly free product.

“Our choice around search was intended to be in the best interest of taxpayers so they were more fully informed about their options and could choose what they felt was best for them. But given the misinterpretation of our well intended actions, we decided to remove the limitations we put in place.”

After we revealed that Intuit had hidden its Free File product from search engines, the company changed its code. This was done after April 15, so it was too late for many people who could have filed for free.