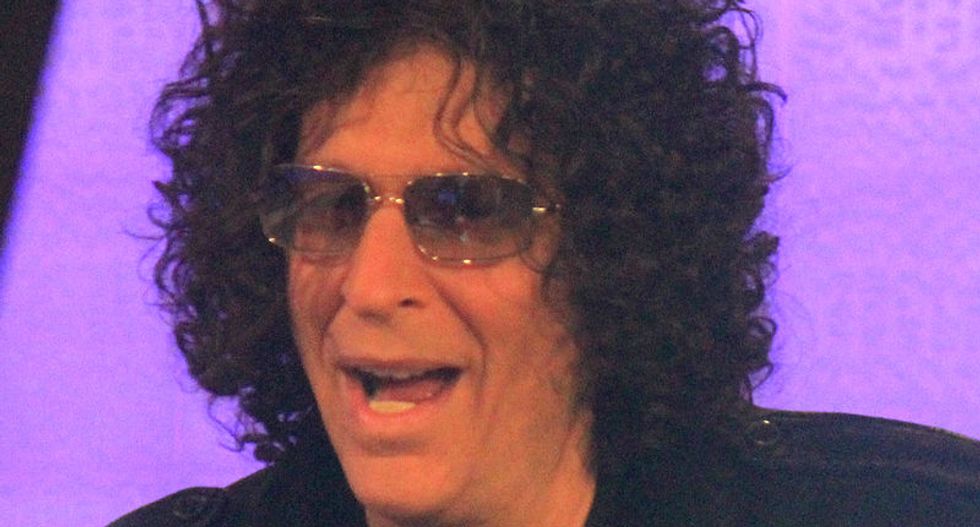 With the awakening in society of the importance of mental health, combined with advances in neuroscience and psychiatry, much needed attention to trauma and childhood trauma is slowly forming.

In a recent interview with Anderson Cooper and in his latest book published May 14, Howard Stern discussed childhood adversity and trauma. The two men also discussed their exposure to their parents’ stress and how their reactions as children formed their adult behavior.

As a trauma psychiatrist, I am glad that men with such celebrity are willing to talk about their experiences, because it can help bring awareness to the public and reduce stigma.

Childhood: Learning about the world and the self

A child’s brain is a sponge for learning about how the world works and who they themselves are. We humans have an evolutionary advantage in having the ability to trust the older and learn from them about the world. That leads to cumulative knowledge and protection against adversity, about which only the experienced know. A child absorbs the patterns of perceiving the world, relating to others and to the self by learning from adults.

But when the initial environment is unusually tough and unfriendly, then a child’s perception of the world may form around violence, fear, lack of safety and sadness. Brains of adults who experience childhood adversity, or even poverty, are more prone to detecting danger, at the cost of ignoring the positive or neutral experiences.

Some who experience childhood adversity have to mature faster and become caretakers or provide emotional support for siblings or parents at an age they themselves need to be taken care of. They may end up carrying those patterns of relating to others throughout their adult life.

The child of trauma may also perceive himself or herself as unworthy of love, guilty or bad. The brain of an unknowing child may think: If they do this to me, there should be something wrong with me, I deserve it.

The little world people experience as children forms the way we perceive the real big world, its people and the people we are as adults. This will then form the way the world reacts to us based on our actions.

A world filled with trauma

Childhood trauma is more common than one would think: Up to two-thirds of children experience at least one traumatic event. These include serious medical illness or injury, firsthand experience of violence or sexual abuse or witnessing them, neglect, bullying and the newest addition to the list: mass shootings.

Unfortunately, when it comes to domestic violence and sexual abuse, it is often chronic, repetitive exposure, which can be even more detrimental to the child’s mental and physical health and behavior.

How do children react to trauma?

To understand the child’s reaction to trauma, one has to keep in mind their developmental level of emotional and cognitive maturity. Most of the time, confusion is the reaction: The child does not know what is happening or why it is happening.

I hear frequently from my adult patients that when they were molested by a relative as a five-year-old, they did not know what was happening or why a supposedly trusting caregiver was doing it to them. Fear and terror, coupled with a sense of lack of control, are often companions of this confusion.

There is also guilt, as the child may believe they did something wrong to deserve the abuse, and often the perpetrating adults claim they did something wrong to deserve the abuse. Sadly when it comes to sexual abuse, sometimes when the parents are told about it, they choose to deny or ignore the incident. This makes the feelings of guilt and helplessness worse. When the trauma is happening to parents, such as frequent battering of a mother by an alcoholic father, children are stuck between two people they are supposed to love. They may be angry with the father for violence, or angry at the mother for not being able to protect herself and themselves.

They may try to rise to protect mom from father or from her sadness. They may feel guilty for not being able to save her, or have to raise their siblings when parents fail to do so. They learn the world is a brutal and unsafe place, a place where one is abused and one is violent.

There is a growing body of research suggesting longstanding impact of childhood trauma: not only that such childhood experiences can form the way the person perceives and reacts to the world, but also that there are lifelong academic, occupational, mental and physical health consequences. These children may have lower intellectual and school performance, higher anxiety, depression, substance use and a variety of physical health problems including autoimmune disease.

Adults who endured childhood trauma have a higher chance of developing post-traumatic stress disorder when exposed to new trauma and show higher rates of anxiety, depression, substance use and suicide. Physical health consequences of childhood trauma in adults include but are not limited to obesity, chronic fatigue, cardiovascular disease, autoimmune disease, metabolic syndrome and pain.

Not all who are exposed to childhood adversity are permanently scarred, and a front line in research of childhood adversity is the predictors of risk and resilience. For instance, there are genetic variations which may make the person more or less vulnerable to impact of trauma. I often see those who were lucky enough to transform their trauma to a meaningful cause, and with the help of a good mentor, therapist, grandparent or positive experiences rise and develop more strength.

This, however, does not mean those who sustain long-term impacts were weaker or tried less. There are a multitude of genetic, neurobiological, family, support, socioeconomic and environmental factors, besides the severity and how chronic the trauma is, that can lead to breaking of the strongest of people when exposed to trauma.

How to deal with childhood trauma

We as a society can do a lot: reduce poverty; educate and provide less privileged parents with support needed for raising their children (although childhood trauma happens also in privileged homes); take seriously children’s report of abuse; remove the source of trauma or remove the child from the traumatic environment; psychotherapy. When necessary, medications can also help.