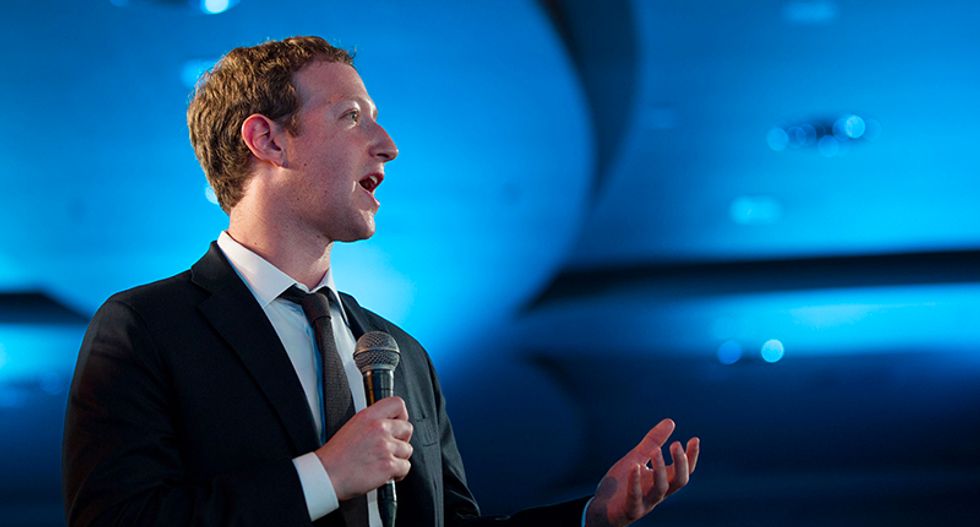 Facebook purged hundreds of political pages and accounts last fall when responding to criticism that it too easily allowed the spread of “fake news.” It’s removed posts about racism and about breastfeeding. It’s blocked content at Russia’s demand. Now it’s taking on the anti-vaxxers and political extremists. Users who post questionable items or material that otherwise violates Facebook’s rules can find themselves in “Facebook Jail.”

As the largest player in a multi-billion-dollar industry, Facebook increasingly faces complaints that it has illegally censored content and has violated users’ constitutional rights to freedom of speech. Free speech protections only apply to governmental bodies and not businesses, people argue back. While such is currently law, political realities demand that free speech protections evolve.

Laws always evolve, even when they involve something seemingly permanent like the United States Constitution. As conceived, the Bill of Rights only protected citizens from the federal government. Beginning after the Civil War with the ratification of the Fourteenth Amendment and a series of Supreme Court cases over the next half-century, these protections, including free speech, extended and placed limitations on the power of state and local governments.

Simultaneously, interpretations of “free speech” have varied greatly. A century ago, due to the Christian Great Awakening (beginning in the 18th century and continuing well into the 20th century) and the push for morality, censorship was an everyday part of life. Various images, topics, and words—now often deemed fully acceptable—were illegal in art, film, and literature. Using the U.S. Postal Service to mail “obscene” material—including birth control and love letters—was illegal during such efforts to reform society. There have also always been gaps between the ideals of free speech and the realities of day-to-day life, especially during the world wars and even more so when the person “speaking” is a minority because of class, gender, race, or sexuality and is challenging authority in the United States.

Moving closer to the present, neoliberalism has guided policy moves by nearly all politicians in the United States starting in the 1980s. It favors free markets, deregulation, low taxes for the richest, and privatization—a society guided by Social Darwinism. Neoliberalism further holds that government is bad, business good. Through these processes, power is shifted to mega, ultra-wealthy corporations and their leaders—like Facebook.

Facebook (and Tumblr, Twitter, WordPress, etc.) is now how everyday people receive news and freely express themselves through sharing memes, posting pictures, commenting on posts, or interacting with their friends and relatives. And this is a beautiful thing—from the billions of Facebook Messenger messages sent daily, the millions of blogs and tweets posted daily and from the hours people spend on social media daily, people are arguably reading and writing more than ever before. Elected officials, city governments across the nation, even the White House all run multiple social media accounts and encourage communication from the public. In the previous century, the postal service and Southwestern Bell delivered messages between people; today Facebook performs these tasks and as such, requires that freedom of speech protections expand in order to continue fostering a healthy democracy.

Thus, when blocking content or banning users, Facebook uses its ubiquitousness, power, wealth, and monopoly—made possible by neoliberal transferences of power from “real” governments to private businesses which function as unelected and unaccountable de facto governments—to silence. Such censorship deserves concern. As a result, Facebook is a kind of governmental institution because of its authority, capital, everyday role, and size. Private businesses are today’s governments.

Put differently, the United States and neoliberalism effectively enable such restrictions on “free speech” by allowing Facebook (with full rights of personage) to stand-in and to do the dirty work of suppressing content deemed immoral, unpopular, too radical, or incompatible with the status quo.

But the internet should not give people free rein. Yelling “FIRE” in a theater just to cause panic is illegal. Restrictions are necessary. Using Facebook or other social media platforms to incite harm warrants appropriate silencing measures and should be accompanied by thoughtful questions about what exactly “harm” means and about enforcement mechanisms. The proliferation of propaganda-spreading bots remains an under-realized threat and also needs addressing.

There are always trade-offs with freedom of speech, too. As much as most people despise queerphobic or xenophobic rhetoric and don’t wish to encounter it online, any restrictions on free speech open the door to restrictions on all speech. Luckily, content filters available through household routers or through “block” buttons, make it relatively easy for a person to filter material they find offensive or harmful.

An additional note on neoliberalism and social media is necessary: Globalization is another characteristic of neoliberalism. Currently, 2.38 billion individuals across the globe use Facebook, and less than 20 percent are in the United States. Yet all of these people are subject to Facebook’s rules, developed primarily by white men based on mores in the United States—prudish by European standards and too freewheeling for governments in China, Iran, and elsewhere, which block the platform. All users are also subject to Facebook’s whims and forces as a new global power, as well as its security flaws. With a third of the globe Facebooking, what Facebook allows and doesn’t shapes everyone’s interactions in some way or another.

The internet facilitates opportunities for people to speak in 2019. In contrast to those who seek to end Net Neutrality, the United Nations has declared access to the internet and its rich libraries of information a basic human right. The American Civil Liberties Union continues to argue in and out of court that digital freedoms of speech, as broadly defined as possible, are vital. I wouldn’t be able to legally ban your ability to speak, neither should Mark Zuckerberg.