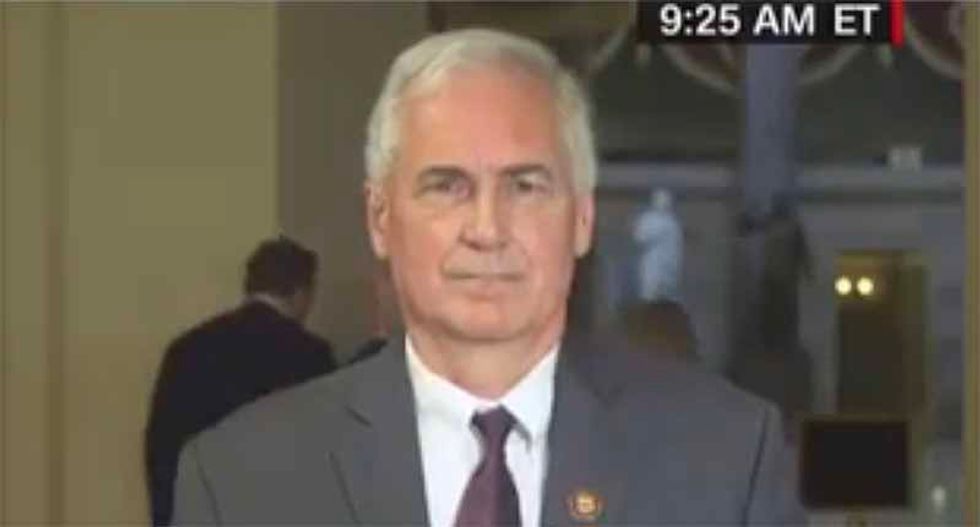 Rep. Tom McClintock (R-CA), who sits on the House Judiciary Committee, on Wednesday reversed his previous attacks on Senate Intelligence Committee chairman Richard Burr (R-NC) regarding the committee’s decision to subpoena Donald Trump Jr., admitting there are legitimate “questions over discrepancies” between what the president’s son told the committee.

McClintock on Saturday took to Fox News to slam Burr and the Senate Intelligence Committee’s subpoena of Trump Jr., arguing the Trump administration is “the most investigated administration in the history of the country.” The Senate Intelligence Committee issue the subpoena after the president’s eldest son refused to voluntary testify before the committee.

After a tense standoff with the committee, Trump Jr. reached a deal Tuesday to sit down with senators for limited testimony that will last between two and four hours, CNBC reported. He is expected to be asked about his participation in the infamous June 2016 Trump Tower meeting, as well as his claim that he was only “peripherally aware” of plans to build a Trump Tower in Moscow. In February, President Donald Trump’s former lawyer Michael Cohen told the House Oversight Committee he had briefed the president’s son and daughter, Ivanka Trump, about 10 times on the project.

Speaking with Fox News on Saturday, McClintock complained that he doesn’t “understand Richard Burr at all” following the chair’s subpoena. But McClintock appeared to reverse course on Tuesday, telling CNN the committee has valid reasons to seek further testimony from Trump Jr.

“They do have the right to do that,” McClintock told CNN’s Jim Sciutto. “If there are questions over discrepancies between his recollection and others, I’ve got no problems with resolving those discrepancies, I just hope that the intelligence committee is also using it’s time to look into the activities of the intelligence agencies, the CIA and the NSA in promoting what they knew was a phony dossier that created a false narrative over the president’s conduct.”

“They should resolve any discrepancies in testimonies,” he later conceded.

Watch the interview below, via CNN: