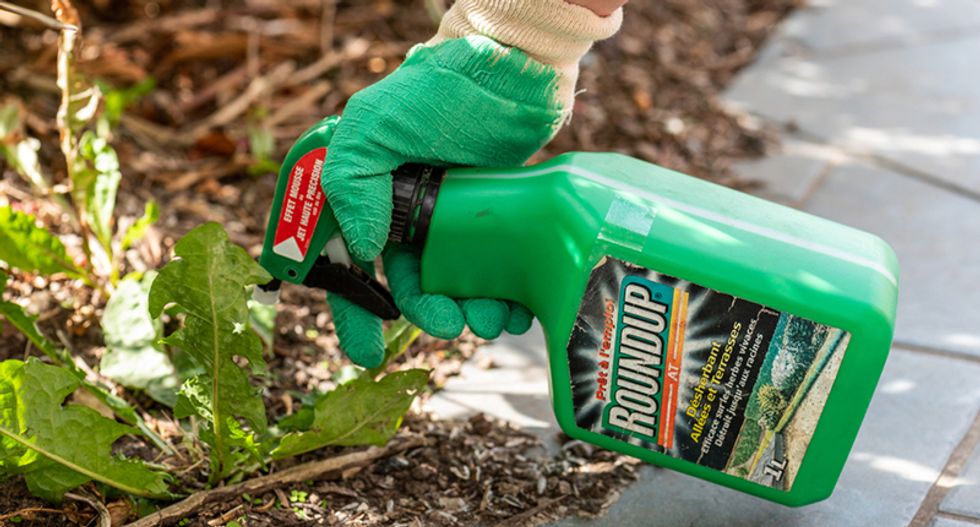 A California jury ruled Monday that Monsanto must pay a record $2 billion in damages to a couple that was diagnosed with cancer after using the company's weedkiller Roundup.

"We were finally allowed to show a jury the mountain of evidence showing Monsanto's manipulation of science, the media, and regulatory agencies to forward their own agenda despite Roundup's severe harm to the animal kingdom and humankind," said Michael Miller, an attorney for Alva and Alberta Pilliod.

The jury ruled that Monsanto—which was acquired by the German pharmaceutical giant Bayer last year—is liable for the Pilliods' non-Hodgkin's lymphoma (NHL), the third such ruling in less than a year.

"We've been fighting cancer for nine years. It was caused by Roundup. We can't do the things we used to do and we really resent Monsanto for that," Alberta Pilliod said at a press conference following the verdict.

As The Guardian reported, the "latest verdict is the largest by far and will increase pressure on Bayer, which has suffered share price drops in the wake of the verdicts and is now facing similar lawsuits from thousands of cancer patients, survivors and families who lost loved ones to NHL."

Wenonah Hauter, executive director of Food & Water Watch, said in a statement that the California jury's decision "shows that there's more than enough evidence that Roundup is an environmental and public health nightmare."

"But rather than act on this body of evidence," Hauter said, "the EPA continues to side with the chemical industry and recently announced it will continue to allow glyphosate, the active ingredient in Roundup, to be sold. It's time to ban this dangerous herbicide."