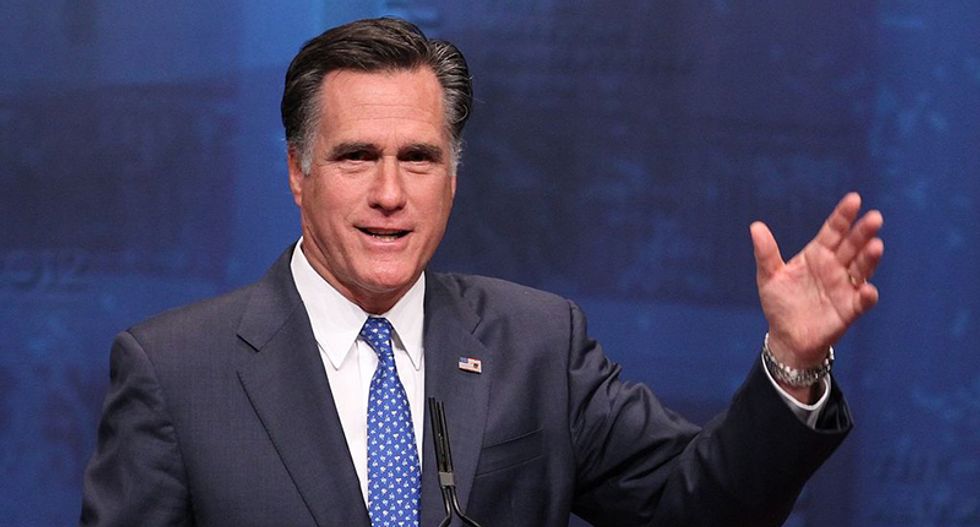 Sen. Mitt Romney (R-UT) is certainly not former President Barrack Obama's biggest fan, but he took a stand on Tuesday against the White House and in defense of his former 2012 opponent in a surprising show of respect.

He cast the only Republican vote against judicial nominee Michael Truncale, who had been selected to preside over the Eastern District of Texas. Truncale had called Obama an "un-American imposter" in 2011, an insult that plays into the racist conspiracy theories that the former president wasn't really a U.S. citizen. Even apart from the troubling bigotry that this comment seems to reveal, it is also just a blatantly partisan attack from someone who hopes to hold a seat as a fair-minded federal judge.

He told the Senate during his hearing that he does not endorse so-called "birther" theories that posit Obama's real birthplace was Kenya, not Hawaii, but Romney still opposed him.

"He made particularly disparaging comments about President Obama. And as the Republican nominee for president, I just couldn't subscribe to that in a federal judge," Romney told Politico. "This was not a matter of qualifications or politics. This was something specifically to that issue as a former nominee of our party."

It's a particularly interesting issue to break with President Donald Trump on, given that Trump made his name in politics by actively stoking birtherism And during the time when Trump's political profile was rising, Romney sought out and received Trump's endorsement for president.

But while the stand shows some integrity on Romney's part, it's hard to be sure how much credit to give him. He likely knew, after all, that his vote wouldn't be the deciding factor in Truncale's nomination. Showing some distance from Trump when the stakes are low may be an easy way for Romney to earn an unwarranted reputation for independence.