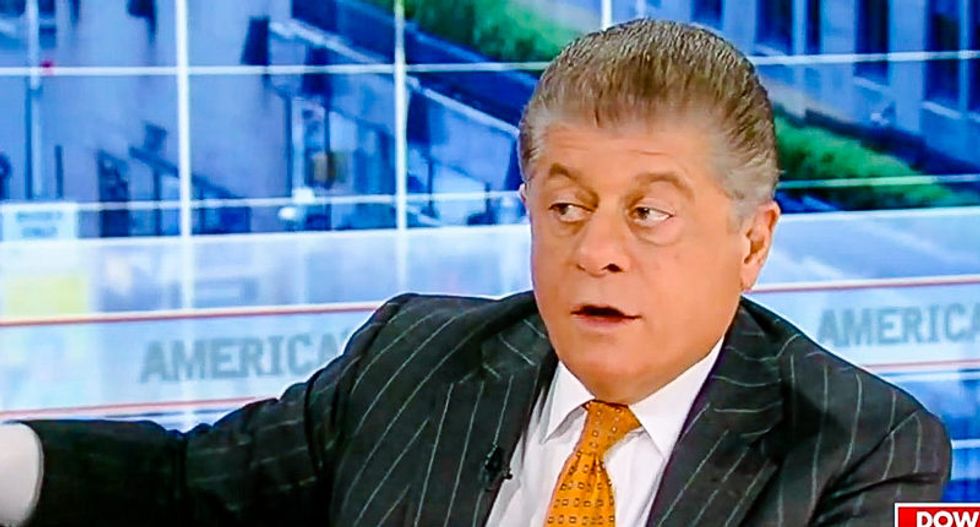 Image via screengrab
Elizabeth Preza
May 01, 2019

Fox News judicial analyst Judge Napolitano on Wednesday accused Attorney General Bill Barr of misleading the House of Representatives when he claimed to be unaware of special counsel Robert Mueller’s concerns with his 4-page summary of the Russia investigation — after having received a letter from Mueller explicitly stating those concerns.

Barr was asked about his testimony before the House on Wednesday by Sen. Patrick Leahy (D-VT), who demanded to know why the attorney general said he was unaware of concerns from special counsel Mueller’s team despite having spoken with Mueller about his concerns.

“I answered a question,” Barr told Leahy. “And the question was related to unidentified members who were expressing frustration over the accuracy relating to findings. I don’t know what that refers to at all. I talked directly to Bob Mueller, not members of his team.”

Discussing the exchange, Napolitano explained that Barr has “kind of a problem” with his testimony before the House and Senate.

“Look, Bob Mueller is a member of his own team,” Napolitano explained. “I think the attorney general was splitting hairs there. He’s kind of a problem in my view. I don’t think he told a lie. But I think he probably misled the House of Representatives when he failed the response to Congressman [Charlie] Crist (D-FL), who gets the question in tomorrow.”

Napolitano added that Barr’s obfuscation is the reason why Democrats on the House Judiciary Committee want legal staffers to question Barr when he appears before them on Thursday. The committee on Wednesday voted to have staff attorneys grill Barr, raising the prospect he won’t attend the scheduled hearing.