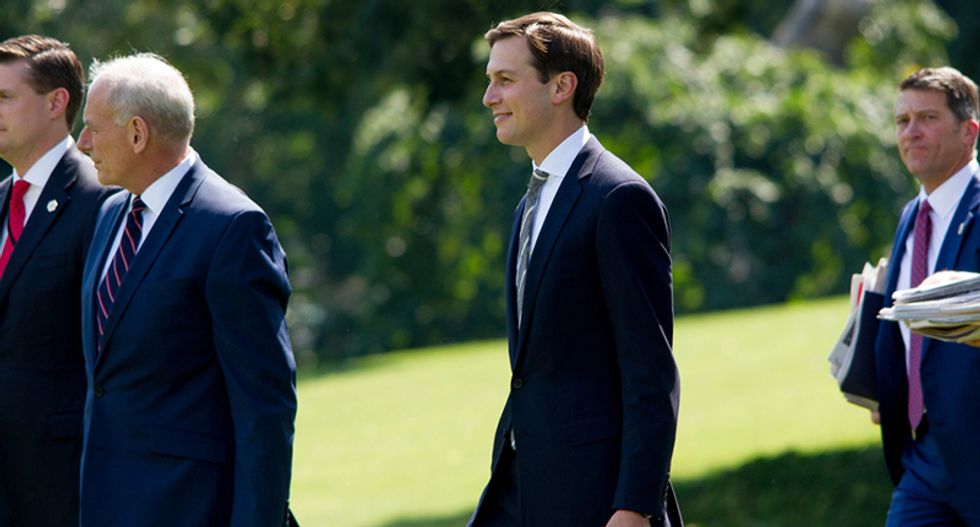 According to a report in Politico, presidential adviser Jared Kushner has asserted himself in the White House even more since the departure of former Chief of Staff John Kelly — and the results have not been good.

In an overview on President Donald Trump’s son-in-law taking on two monumental tasks — immigration reform and solving Middle East tensions — the report notes that Kushner appears to believe that he is being successful while lawmakers admit there is little progress.

In meetings with administration officials and lawmakers looking for direction from the White House, Kushner’s presentations are described as “simplistic” to Politico’s Eliana Johnson.

“Kushner is presenting his political inexperience as an asset, telling lawmakers he is free of preconceived notions that stymied previous attempts,” she writes. “His air of breezy self-assurance in the private meetings he is conducting to tease his plans at times astounds the battle-scarred veterans of past such efforts. Critics complain, too, that his briefings are often woefully short on detail.”

According to the report, Kushner is a big fan of PowerPoint presentations, that are long on graphics and short on details.

“Kushner has been talking up his immigration plan with the aid of a PowerPoint presentation, which detractors have derided as laughably simplistic,” the reports states, saying the slides feature simple circles next to each other, according to two Republicans who were present, with one dismissively saying, “Certainly not a McKinsey presentation. But it wasn’t purporting to be. It was a conversation opener, not a closer.”

The report also notes that Kushner only recently jumped into the leading the immigration debate because Kelly “pressed Kushner not to work on it at all” and has stepped up his efforts after the release of special counsel Robert Mueller’s report — feeling it vindicated the White House.

Since Kushner briefly worked on criminal justice reform — which his admirers claims led to Trump signing the First Step Act into law in December — there are those in the White House who think he is an effective policymaker.

However, some Republicans who have worked with him all but roll their eyes at him.

“Some people have the belief that he had the magic touch on criminal justice. And what he did there he can do on anything else: trade, Middle East peace, immigration,” explained one unnamed Republican senator who’s met with Kushner. “He perceives himself as a dealmaker with elected senators and representatives.”

He then added Kushner is merely trying “to get his father-in-law” on board.