‘Get out while you can’: Writer who was once too racist for Breitbart exposes the dark secrets of white nationalism 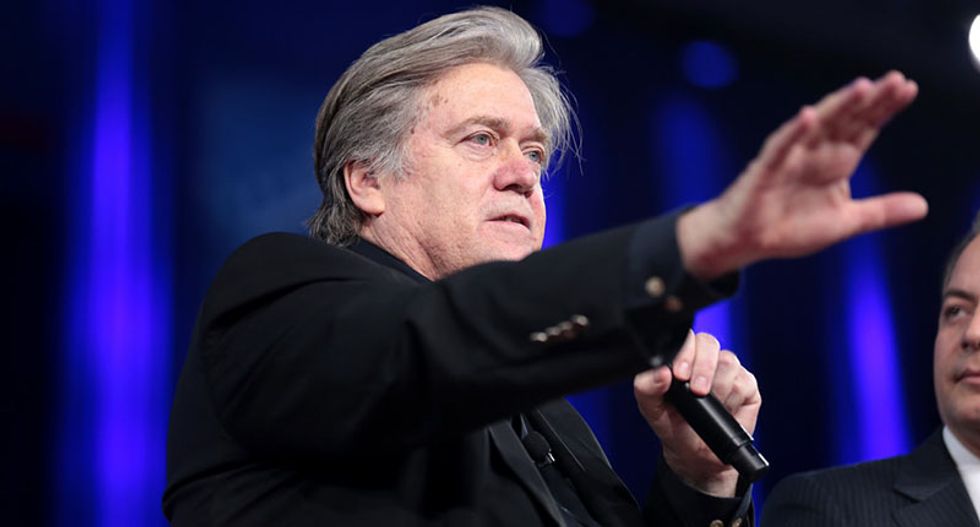 In 2017, Katie McHugh had the distinction of being the journalist who was fired by Breitbart News for being too overtly racist. McHugh had become too toxic even for the alt-right. But these days, McHugh is disavowing her white nationalist past — which she candidly discusses in a compelling interview with BuzzFeed’s Rosie Gray.

Gray’s article, published May 1, takes an in-depth look at McHugh’s history, explaining how she went from being a libertarian who was drawn to Republican Rep. Ron Paul of Texas to a flat-out racist who regularly demeaned non-whites and Muslims on Twitter and promoted tweets from white supremacists and white nationalists. McHugh, who Breitbart News hired in 2014, became an embarrassment even for Breitbart’s Steve Bannon when she posted odious comments like, “Funny how Europeans assimilated, unlike Third Worlders demanding welfare while raping, killing Americans.”

But in 2019, according to Gray, McHugh is remorseful and regrets her racist past. McHugh told Gray, “I take responsibility for all my actions. Everything I said that was terrible was my fault.”

McHugh, in a recent text message, acknowledged to Gray, “I was a white nationalist.” And she also acknowledges, “I was a racist, certainly. And I patted myself on the back, saying, ‘Well, I’m not, you know, some kind of Cro-Magnon racist.’”

Gray’s article also discusses the ways in which, after Donald Trump was elected president in 2016, the alt-right went from being marginal to being political insiders. As Gray recalls, with Steve Bannon joining the Trump Administration in 2017, McHugh’s racist tweets became embarrassing Breitbart News:

“Bannon’s increasing prominence was also, in the end, what started the clock ticking on McHugh’s career at Breitbart. She had been able to survive so long the culture he fostered, and Breitbart’s ascent in tandem with Trump’s had dropped the company right into a pressure cooker. Boycotts decimated Breitbart’s advertising business. The site made moves toward becoming more mainstream, hiring reporters from publications like The Hill and the Wall Street Journal. There was no longer room for the kind of trouble McHugh could cause.”

Gray concludes her piece with a quote from McHugh, whose advice to those embracing the alt-right and white nationalism is to “get out while you can.”

McHugh asserts, “People like me should be given a chance to recognize how bad this is and that the alt-right is not a replacement for any kind of liberal democracy whatsoever…. They’re just harmful…. You have to own up to what you did and then, forcefully reject this and explain to people and tell your story—and say, ‘Get out while you can.’”