'Freedom gas': Here are 5 times right-wingers distorted the word 'freedom' to advance their own buffoonish policies 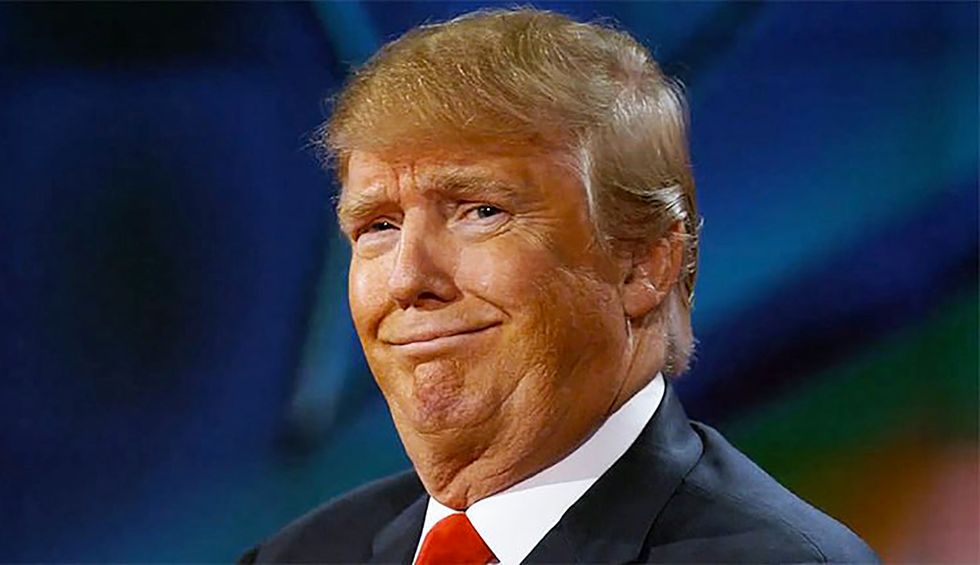 Image via screengrab
Alex Henderson
May 31, 2019 The Right Wing

The U.S. Department of Energy, under the Trump Administration, has invented a new term to describe natural gas: “freedom gas.” This sounds like something The Onion, who are masters of satire, would invent as a way of mocking and ridiculing Republicans, but it’s no joke: the Department of Energy really is using the term “freedom gas” — and Twitter, not surprisingly, has been exploding with anti-Republican posts. Global Zero’s Derek Johnson tweeted, “it’s official: we’re too stupid to live,” while David Clarke asserted, “how is @TheOnion supposed to compete with shit like this?”

“Corny,” the word that Rep. Alexandria Ocasio-Cortez of New York City has used to describe Republican messaging, certainly applies to “freedom gas.” But this is hardly the only example of Republicans using the word “freedom” in a ridiculous way. Here are some of the silliest, most buffoonish uses of the word “freedom” by Republicans.

In 2003, France and Germany were among the U.S allies who were adamantly opposed to the U.S. invasion of Iraq under the Bush Administration, arguing that overthrowing dictator Saddam Hussein would create chaos and instability in that part of the world. They were absolutely right, of course: the Bush Administration’s disastrous policy in Iraq was a key factor in the rise of ISIS, a.k.a. Islamic State, Iraq and Syria — an organization so vicious that even al-Qaeda and the Taliban have been critical of their methods. But back in 2003, overthrowing Hussein seemed like a good idea to the Bush Administration — and the far-right carnival barkers at Fox News and AM talk radio called for boycotts of France in response to President Jacques Chirac’s opposition to the U.S. invasion of Iraq.

Part of the France boycott envisioned by the far right was renaming French fries “freedom fries.” Republican restaurant owners, especially in the southern states, began using “freedom fries” in place of “French fries” on their menus.

The response of many liberals and progressives was to declare, “Bon jour, comment ca va?” and plan a trip to Paris or Nice as a way of protesting Bush Administration policies. But as ridiculous as “freedom fries” and the Republican anti-French idiocy of 2003/2004 was, President George W. Bush was reelected in 2004 and won both the electoral vote and the popular vote that year.

Founded in 2015 when President Barack Obama was serving his second term, the Freedom Caucus is a group of Republicans and Tea Party wingnuts in the House of Representatives who are so far to the right that they have often accused GOP congressmen like Paul Ryan and John Boehner (both former House speakers) of not being right-wing enough. In 2017, when President Donald Trump and Senate Majority Leader Mitch McConnell were aggressively trying to abolish the Affordable Care Act of 2017, a.k.a. Obamacare, and deprive millions of Americans of health insurance, the House Freedom Caucus felt they weren’t being sufficiently draconian. To the so-called Freedom Caucus, medical bankruptcy and harsh wealth inequality are the essence of “freedom.”

The Department of Energy under Trump is not only describing natural gas as “freedom gas” — it is also using the phrase “molecules of freedom” to describe the technology of fossil fuels. In contrast, Ocasio-Cortez and other Democrats are using the term Green New Deal to promote green energy, which is much smarter messaging. While Republicans are using silly terms like “molecules of freedom,” AOC is equating green energy with the legacy of President Franklin Delano Roosevelt and his New Deal.

Ultimately, GOP efforts to repeal the ACA failed in 2017. And when Vice President Mike Pence was trying to sell Americans on ACA repeal, he insisted that Obamacare would be replaced with something “built on freedom and individual responsibility.” Pence, Ryan and other Republicans often used the word “freedom” in connection with proposals for ACA repeal, but medical bankruptcy and being denied health insurance because of a preexisting condition are hardly an intelligent person’s idea of “freedom.”