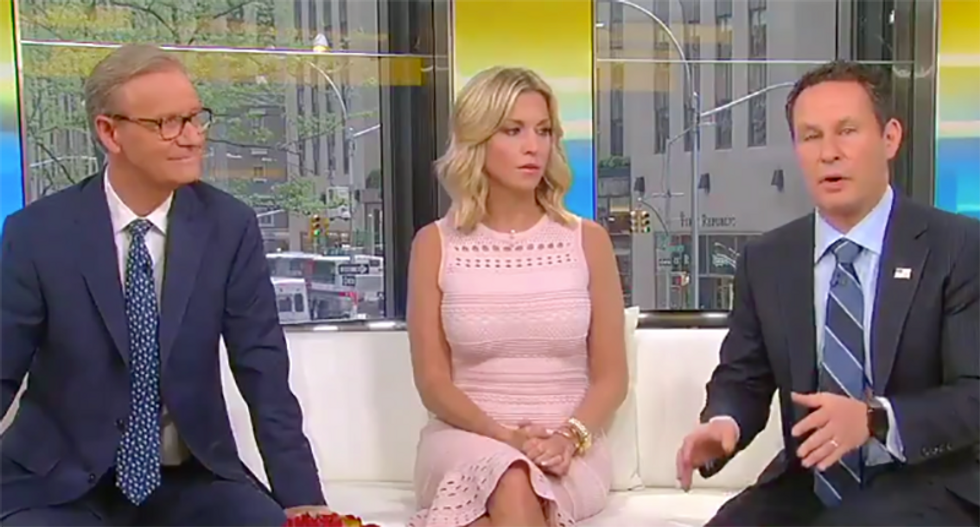 Image via Screengrab.
David Badash
and
The New Civil Rights Movement
May 08, 2019

The Times reported his financial losses were so large, "year after year, Mr. Trump appears to have lost more money than nearly any other individual American taxpayer."

Not according to the folks at "Fox & Friends," who apparently don't think one billion dollars is a lot of money.

Brian Kilmeade told Fox News viewers that the Times article "shows that he lost a lot of money over the course of 10 years – if you consider a billion dollars a lot of money."

Kilmeade, the biggest Trump fan on Fox News' AM show, reframed the Times exposé, claiming it proves the President is "a bold businessman."

After Kilmeade praises Trump for taking chances, Ainsley Earhardt chimes in, saying, "I think that's how the voter feels."

"What do people not understand about he's a little bit different than most people?" Kilmeade added.