Fox News host explains why Mueller’s statement was ‘almost exactly the opposite’ of AG Barr’s: This was not ‘no collusion’ 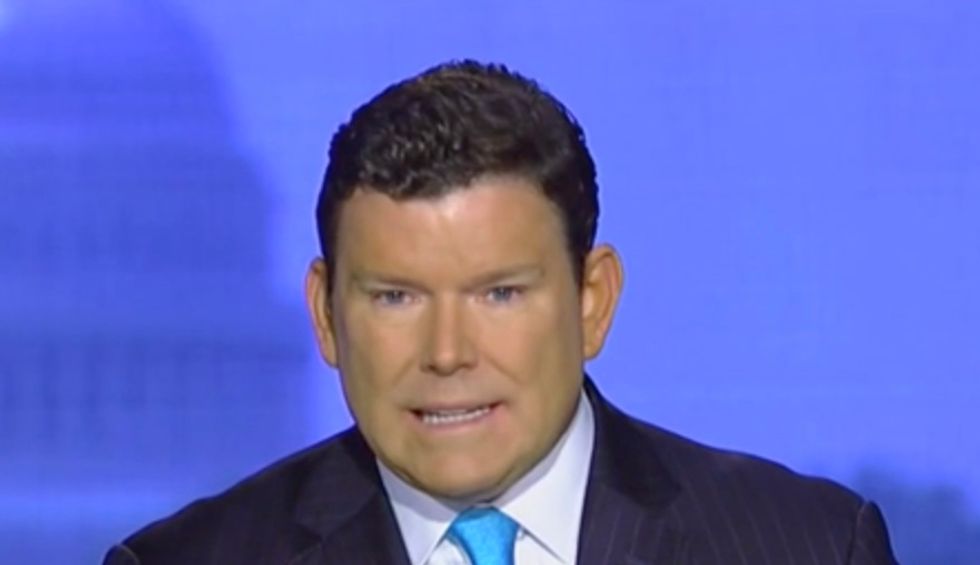 Fox News host Bret Baier on Wednesday analyzed special counsel Robert Mueller’s stunning statement on the results of the Russia investigation, explaining that the special counsel’s report did not exonerate Donald Trump — despite the president and Attorney William Barr’s claim to the contrary.

Speaking on with host Bill Hemmer and Sandra Smith, Baier said he was “struck by the tone and tenor of the remarks as he laid out his case wrapping up this report.”

“This was not as the president says time and time again no collusion, no obstruction,” Baier said. “It was much more nuanced than that.”

“[Mueller] said specifically they couldn’t find evidence sufficient to move forward on the issue of conspiracy, on the collusion part of the investigation of the Trump campaign,” Baier said. “He said specifically if they had found that the president did not commit a crime on obstruction, they would have said that. And then went into specific details about the [Department of Justice] and why they couldn’t move forward with anything else other than their decision.”

“It was not anywhere as clear-cut as Attorney General Bill Barr — in fact, it was almost exactly the opposite: not clear-cut,” Baier summarized.