Fox News analyst Andrew Napolitano stunned by Kavanaugh’s latest ruling: ‘I did not see this coming’ 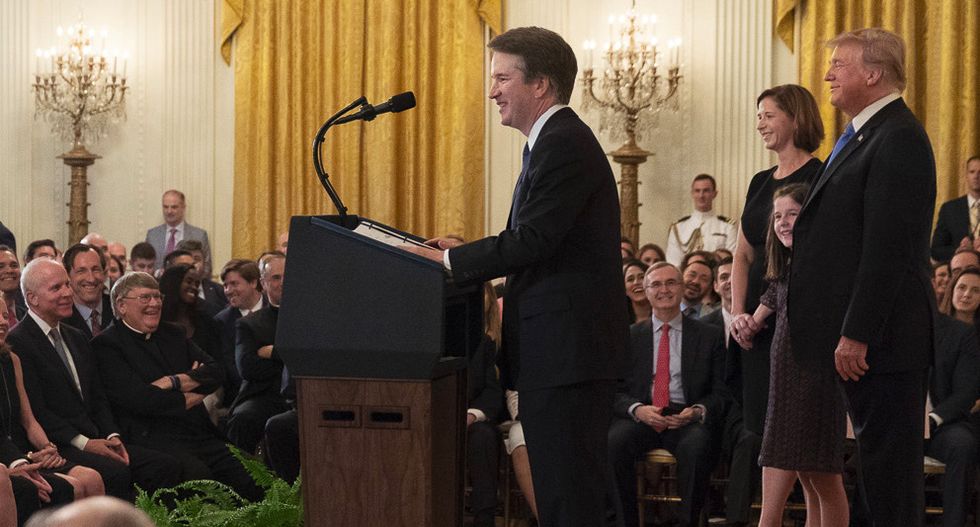 Image via Wikimedia Commons.
Eric Dolan
and
Raw Story
May 13, 2019

“One would think it is in the weeds, but it’s not. We all have apps on our phones — some for free and some you buy from Apple. So people sued Apple saying why do I pay $99 for an app worth $20 or $30. And the courts threw the case out, saying you can’t sue Apple in a class-action. You have to sue the originator of the app,” Napolitano explained to Fox News host Bill Hemmer.

“This morning, the Supreme Court of the United States radically expanded plaintiff’s rights to commence class-actions against deep pocketed corporations. And what alliance was it? It was the four liberal members of the court and its newest member Justice Brett Kavanaugh, writing a decision that is a plaintiff’s lawyers delight.”

“I did not see this coming,” Napolitano continued. “All the indications about Brett Kavanaugh were that he was a monolithic conservative that wouldn’t even listen to the other side and during the course of the unfortunate hearings that he had, when he was allowed to talk about his political philosophy, he said I am not a monolithic anything, I listen to the facts and I apply the law. Today he and the four liberal members of the court radically expanded the rights of plaintiffs to bring class-actions.”