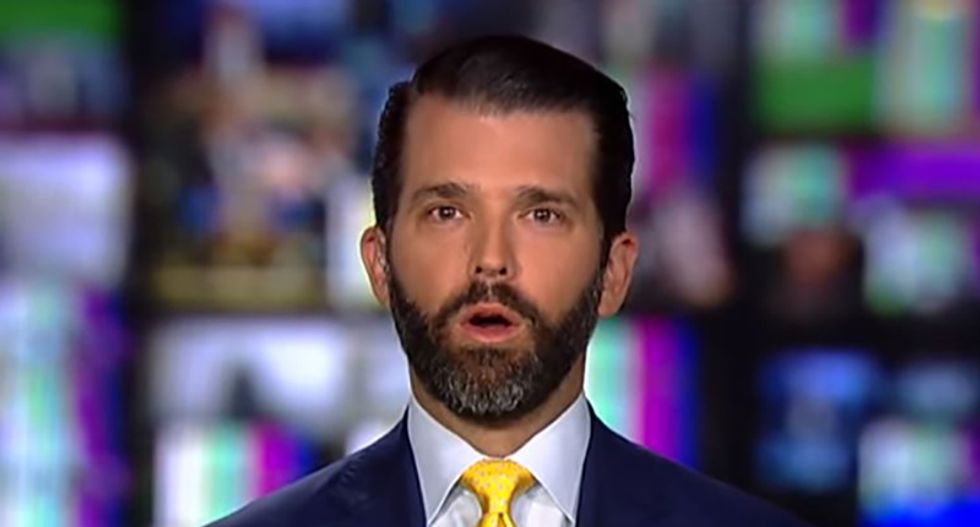 Jack Quinn, a former White House counsel under President Bill Clinton, slammed Donald Trump Jr. for complaining about being subpoenaed by the Senate Intelligence Committee — and he said the entire Trump family has an unmistakable sense of entitlement.

“The Trumps expect special treatment in all of these investigations and in life generally,” Quinn said during a Thursday morning appearance on CNN. “You see that in this remarkable discussion about whether or not a heads-up was given to people about this coming. Other people don’t get a heads-up, but the Trumps expect it!”

He then argued that Congress should be given a lot of leeway to conduct investigations given that it’s the only institution capable of holding the president accountable if he breaks the law.

“Congress has very broad powers to investigate,” he said. “And in particular, the House of Representatives, given that the Constitution identifies only one body for the handling of the initial stages of an impeachment, the House of Representatives has enormous power. And if anything is sort of impeding that, it’s a fundamental attack on the Constitution.”

At the end of the segment, Quinn speculated that Trump was goading House Democrats to start impeachment hearings because it would help him politically.