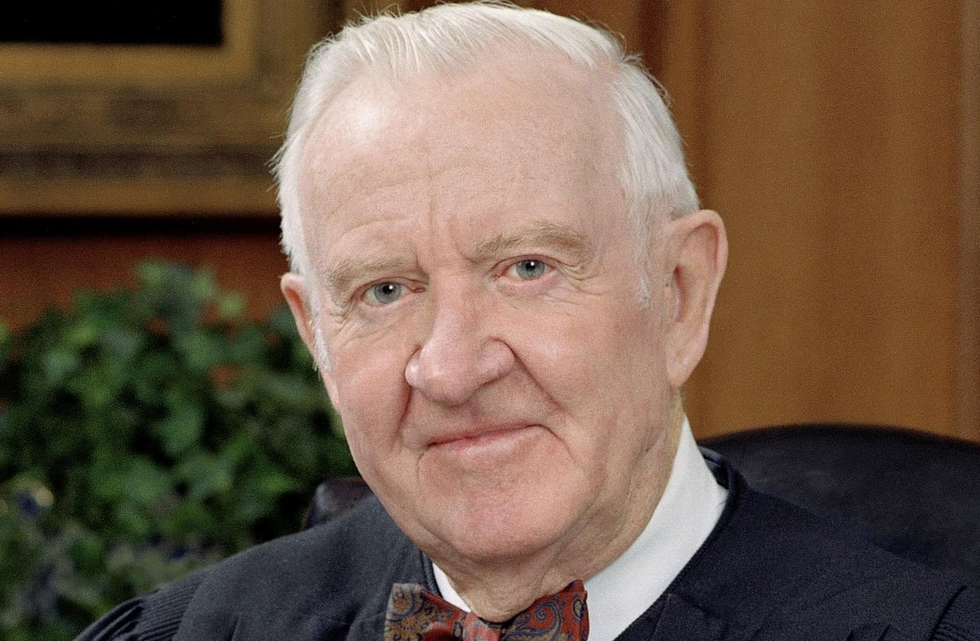 Steve Petteway, photographer for the US Supreme Court
Alex Henderson
May 10, 2019

When President Gerald R. Ford appointed John Paul Stevens to the U.S. Supreme Court in 1975, it was hailed as a victory for conservatism: Stevens replaced Justice William O. Douglas, an unapologetically liberal Franklin Delano Roosevelt nominee who had been on the High Court since 1939. Yet even though Stevens was a conservative and Democrats controlled the U.S. Senate in 1975, Stevens was confirmed unanimously; not one Democratic senator voted against Stevens’ confirmation. And the 99-year-old Stevens, who retired in 2010 and was replaced by Barack Obama appointee Elena Kagan, reflected on the current state of the Supreme Court and U.S. politics in an interview with the Wall Street Journal’s Jess Bravin.

President Donald Trump is vowing to resist all subpoenas issued by investigative committees in the Democrat-led House of Representatives—and Stevens believes that Trump is overreaching.

“I think there are things we should be concerned about, there’s no doubt about that,” Stevens tells Bravin in his article. And he goes on to elaborate, “The president is exercising powers that do not really belong to him. I mean, he has to comply with subpoenas and things like that.”

When Bravin asked Stevens how the Supreme Court might—in light of the fact that it now includes two Trump appointees, Brett Kavanaugh and Neil Gorsuch—rule on the current conflict between Democratic House committees and the Trump Administration, Stevens responded, “I wouldn’t want to predict that anybody’s going to take the incorrect view. But certainly, the correct view is pretty clear.”

After Douglas announced his retirement in 1975, Ford was filling the first Supreme Court vacancy since President Richard Nixon had resigned because of the Watergate scandal in August 1974. Ford picked an appellate judge who had been appointed by Nixon, and he was seeking to replace a New Deal liberal who was exiting the Supreme Court with someone whose family wasn’t known for liking the New Deal.

Bravin recalls, “Many Court watchers expected Justice Stevens, the successor to Franklin Roosevelt’s last remaining appointee, to move the Court rightward. During the 1930s, the Stevens family—whose name adorned a prominent Chicago hotel—was no fan of the New Deal, and the justice remains skeptical of liberal verities like the minimum wage.”

But Bravin adds that by the time he retired, Stevens “was the unlikely head of the Court’s liberal minority. He attributes that more to the ideological purity subsequent Republican presidents required of their judicial nominees than to any leftward evolution of his own views.”

In other words, Stevens is still a conservative in 2019. And one could argue that philosophically, Stevens never left the Republican Party—it left him.