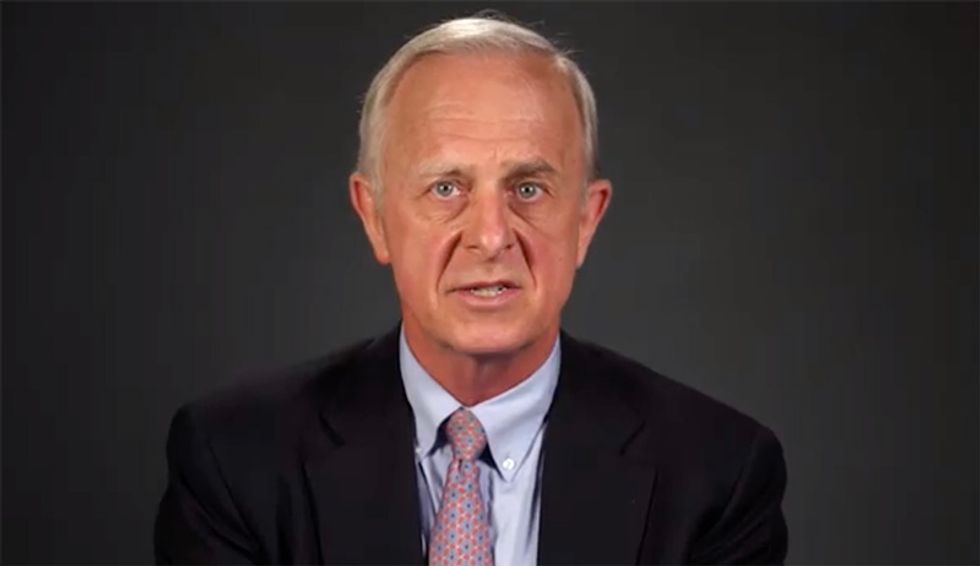 Image via Screengrab.
Walter Einenkel
and
Daily Kos
May 31, 2019 Video

The Republican Party has been on a pretty steady trajectory towards fascism for a little over 50 years now. The original division between those who believe in a world of humane progress and justice and those who want to control our country’s abundant resources and wealth was and continues to be predominantly racial. The push towards more control and fascistic powers of control by conservatives has historically followed the line that people of color, women, and those without money should not be allowed an equal vote in our country’s decisions. That has never been more on display over the past decade, when Republicans crystalized their white supremacist agenda, first against President Barack Obama and then subsequently with the craven support of our most corrupt chief executive Donald Trump.

A new group of former Republican federal prosectors have combined efforts to push for the further investigation and possible prosecution of president Donald Trump for obstruction of justice. Calling themselves Republicans for the Rule of Law, the group has released a video highlighting the obvious case against Donald Trump as set out by the Mueller report. Former Deputy Attorney General under President HW Bush Donald Ayer, former Deputy Assistant Secretary of Homeland Security under President Bush, Paul Rosenzweig, and former Deputy Associate Attorney General for President Reagan, Jeffrey Harris are all featured in the video, trying to explain in the most simple of terms how insanely corrupt a picture the Mueller report paints of the current administration. There are two videos, a five minute video and a shorter version—both can be watched below.

Finally, the quote that is most poignant is delivered over images of Sens. Lindsey Graham, Mitch McConnell, Ted Cruz, and Rep. Kevin McCarthy, by Donald Ayer.

One of the most disturbing things to me is the conduct of Republicans, in the Senate and in the House. These are acrtually smart people. They know that there is a damning case, in the Mueller report, of obstruction of justice by the president, and they are acting like it’s not. And that’s just flatly dishonest. And they seem to be doing it because they think Trump is the only game in town.

The end of the video is a plea to other “conservatives” to put the principals of our Constitution and our country’s laws before party and speak up. All three of these men worked in administrations that were arguably breaking what most of us would consider laws of not only our constitution, but laws of human rights. There is a disconnect between them and the political party that has seemingly worked tirelessly against the rule of law for the past 50 years. That being said, they are right about this and the need for their conservative brethren to take a long look in the mirror.