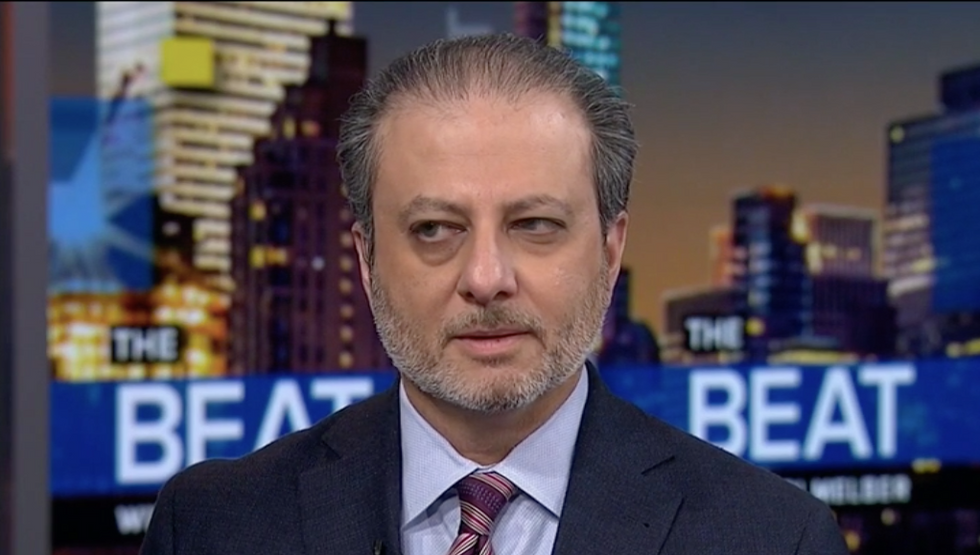 It remains to seen whether President Donald Trump will be leaving office in January 2021 or January 2025, but whether he is reelected or not next year, former federal prosecutor Preet Bharara is predicting that there is a “reasonable likelihood” Trump could face further investigation or a possible indictment after his presidency ends.

In an interview with the Daily Beast’s Scott Porch, published May 1, Bharara (who hosts the podcast “Stay Tuned”) discussed his new book “Doing Justice” and shared his thoughts on the president’s legal challenges. Bharara served as a U.S. attorney for the Southern District of New York during Barack Obama’s presidency but was fired by Trump when he refused to take calls from Trump on his cell phone that he considered inappropriate.

Asked why the president requested Bharara’s cell phone number, the former prosecutor told Porch that Trump “called me three times, and the third time, I didn’t call him back. He never said anything untoward or asked me to bring a case or not bring a case, but he seemed to want to cultivate some relationship, to have someone in a spot to be helpful to him.”

Porch noted that Trump was “pretty clearly the unindicted co-conspirator in the guilty plea that sent Michael Cohen to prison”—asking Bharara how “likely” it is that the Southern District will indict Trump after he leaves office. And Bharara responded, “I don’t know. My former office clearly endorses and believes the fact—as Michael Cohen admitted in open court—that he engaged in the conduct he pleaded guilty to at the direction of Individual 1. Individual 1 is the president. Depending on what the other circumstances are, I believe there’s a reasonable likelihood that they would follow through on that. There’s a difference, though, between accepting a guilty plea from Michael Cohen and going to trial on the strength of that same witness after he’s gone to prison for lying.”

Porch also asked Bharara if he had considered running for governor of New York State, to which he replied, “ I love public service, and there are ways I could serve in the future. But I’m not interested in running for office and raising money in the terrible system we have now.”