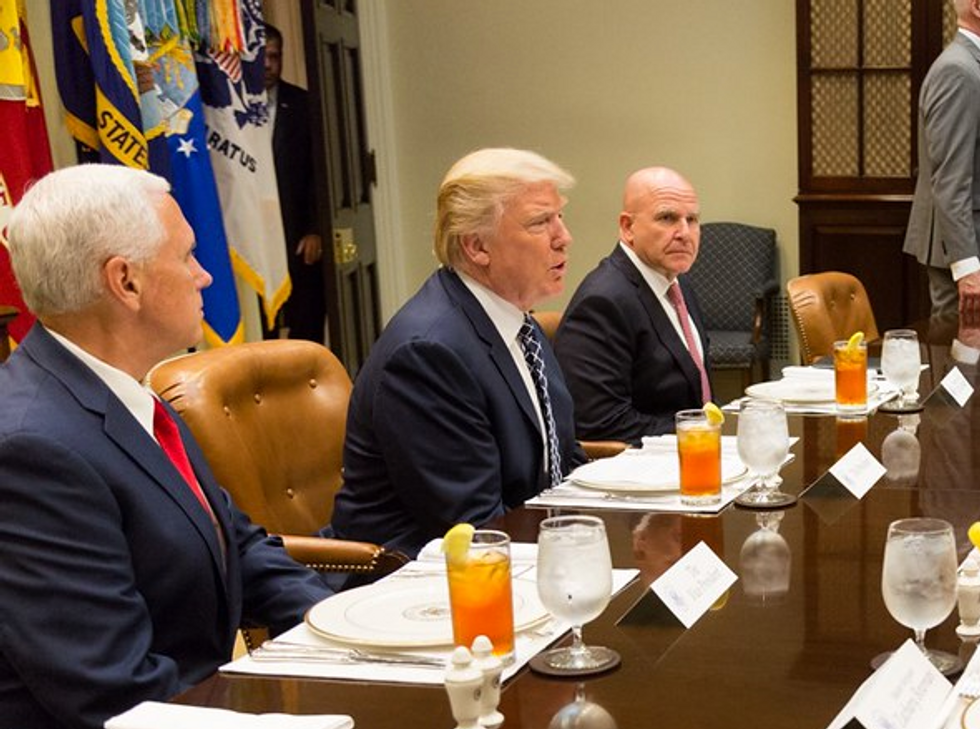 President Donald Trump is employing White House advisors who are a “danger” to America’s Constitution, a top former aide argued on Wednesday.

H.R. McMaster, a retired Army lieutenant general who lasted over a year as Trump’s second National Security Advisor, has categories for his former colleagues, Politico reported.

One category, in which McMaster placed himself, focused on giving unvarnished options to the president.

A second group are those who “are not there to give the president options — they’re there to try to manipulate the situation based on their own agenda, not the president’s agenda.”

A third group are those who “cast themselves in the role of saving the country, even the world, from the president.”

“I think those latter two categories of people are actually a danger to the Constitution of the United States,” McMaster warned.

The remarks were made at a Foundation for Defense of Democracies event.