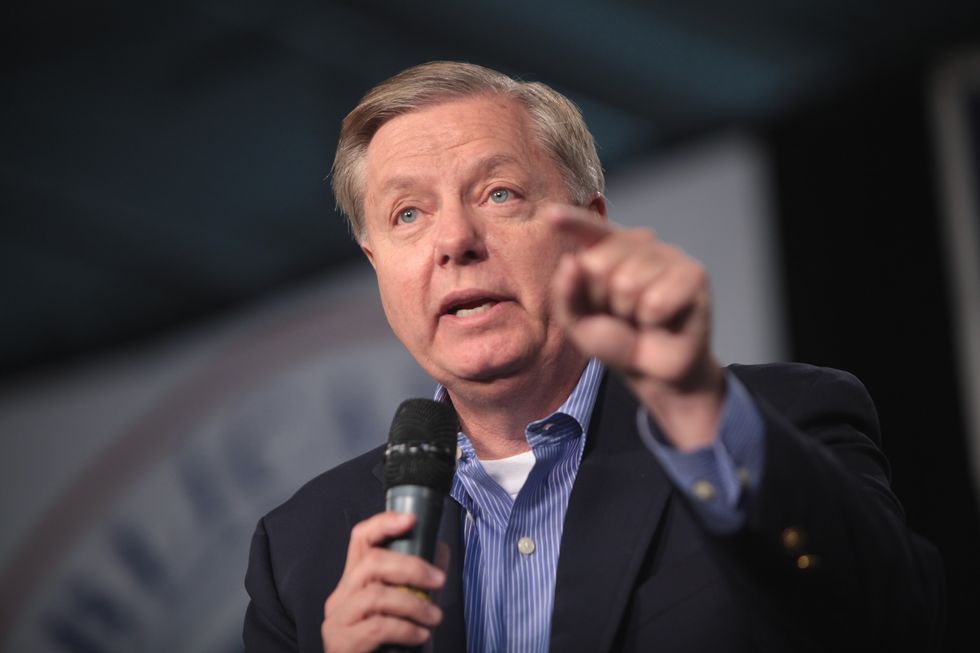 He once called Donald Trump a "kook," "crazy," and "unfit" for the presidency. Now, South Carolina Republican Sen. Lindsey Graham has become one of the president's staunchest defenders, often treating criticisms of Trump as absurd.

That's why it's significant that even Graham indicated Wednesday that he thinks Trump's newly displayed belligerence, demonstrated in his torpedoing a meeting on infrastructure with Democratic leaders on Wednesday because the House of Representatives is investigating him, is a bad move.

Graham sugarcoated his message to the president, arguing weakly that he understands "how the president feels" and that the investigations should have ended after the Mueller report (even though the report itself clearly suggests that Congress is the only body empowered to act on his damning findings).

But he was also clear that Trump is miscalculating by going all in on self-pity.

"I have a lot of sympathy for President Trump. I've never seen anybody treated this way," he said in a Twitter thread, ignoring the endless investigations of Hillary Clinton and the impeachment (!) of her husband, which Graham himself voted for. "All I would say is try to rise above it if you can. The country is looking for leadership. We need leadership."

I would encourage the President to focus on what is best for the American people and fight back against efforts to… https://t.co/B7cAftzE1y
— Lindsey Graham (@Lindsey Graham) 1558547072.0

The Kavanagh nomination was pretty contentious. I didn’t like what happened. But I'm still showing up and still t… https://t.co/hyY0kf7owt
— Lindsey Graham (@Lindsey Graham) 1558547108.0

My advice to the President is to try to find solutions to problems like infrastructure, prescription drugs, and a b… https://t.co/FEh7ckTk5E
— Lindsey Graham (@Lindsey Graham) 1558547134.0

It was framed as advice, but given Graham's willingness to bow to the political winds, blatantly lie and abandon principles to support Trump, there was a clear urgency to the message. You're losing the messaging, battle, Graham is essentially saying. Back down.

And it's clear that, from a public relations perspective, Graham is clearly right. While some of Trump's base will buy into his playing the victim, "Democrats are mean so I can't work with them" is clearly not a winning message. Trump is overplaying his hand, and he'll end up shooting himself in the foot.