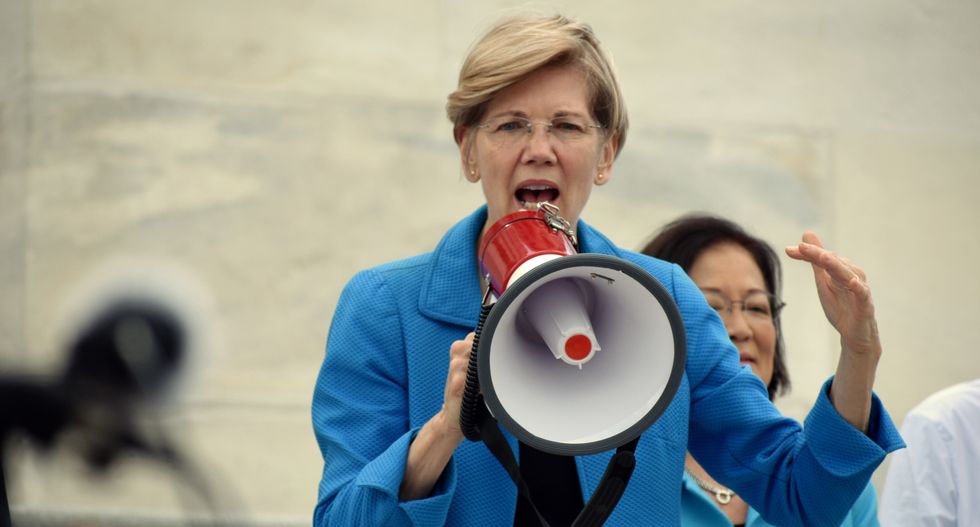 Image via Shutterstock
Joan McCarter
and
Daily Kos
May 14, 2019

Sen. Elizabeth Warren has turned down an invitation to follow other Democratic presidential contenders onto Fox News for one of its presidential town halls.

In a tweet, she calls Fox News “a hate-for-profit racket that gives a megaphone to racists and conspiracy theorists.” She continues, “I won’t ask Democratic primary voters to tune into an outlet that profits from racism and hate in order to see our candidates—especially when Fox will make even more money adding our valuable audience to their ratings numbers.”

Then she points out that she’s done “57 media avails and 131 interviews, taking over 1,100 questions from press just since January.” If Fox really wanted to hear from her, she says, it is “welcome to come to my events just like any other outlet.”

But giving an hour to it “adds money to the hate-for-profit machine,” she writes. “To which I say: hard pass.”

Thanks, Senator. Now how hard was that?