'He is clearly biased': Kamala Harris blasts Bill Barr for refusing to 'share the truth' with Congress — despite it being his job 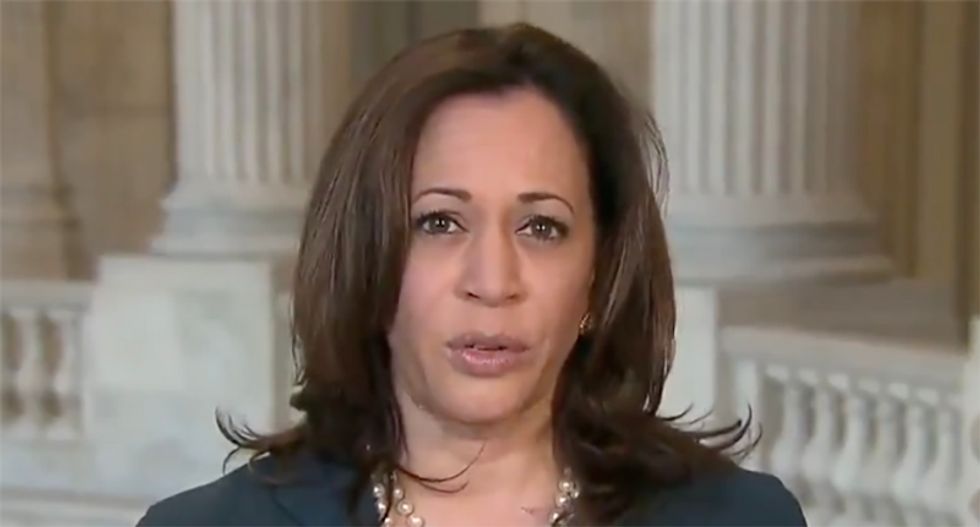 Presidential candidate Kamala Harris was among the Democratic senators who went after Attorney General William Barr with a vengeance during his May 1 testimony before the Senate Judiciary Committee, and she remained highly critical of President Donald Trump’s attorney general during a CNN appearance the following morning.

Questioning Barr at Wednesday's hearing, Harris asked the attorney general if anyone in the White House had ever asked or suggested that he “open an investigation of anyone” — and Barr was evasive. Looking back on Barr’s response, Harris told CNN’s Alisyn Camerota, “He did not answer the question, and I’m sure he didn’t because he knew he was under oath and knew he could potentially expose himself to perjury if he did not answer honestly.”

Camerota asked Harris if she wished she had “pressed” Barr further, and the senator responded, “He was clearly, Alisyn, not going to answer the question…. Repeatedly, my colleagues asked questions that he did not answer. He parses his words.”

Harris added, “Let’s be really clear about this: we are talking about the attorney general of the United States, who runs the United States Department of Justice. And this is a person who should conduct himself with the highest level of integrity. This is someone who represents the people of our country and should conduct himself in a way that is about representing the interests of the people of our country and not the president of the United States. But this is not how Attorney General Barr has conducted himself. He is clearly biased.”

Harris also said of Barr, “He failed to perform his duties, and I find it highly irresponsible and frankly, unprofessional.”