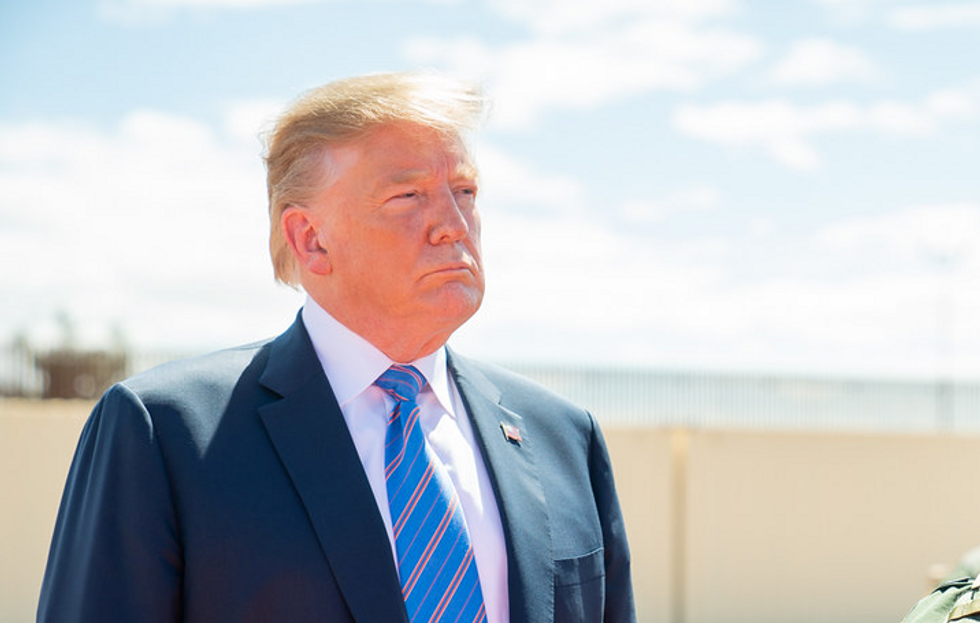 President Donald Trump knows that in order to be reelected in 2020, he will need to fire up his base as much as possible — and one of the ways to do that is promoting his proposed U.S./Mexico border wall, which theoretically, would stretch all the way from the Pacific Ocean to East Texas. But the right-wing Drudge Report is reporting that there has been a “wall stall,” with less than two miles having been built so far.

On Twitter, political reporter Dave Levinthal is drawing attention to the Drudge Report’s “Wall Stall” headline. Levinthal, responding to a May 22 tweet in which Trump claims that a “new wall”—not merely a “renovation”—is being built, points to Drudge’s headline and asserts that “President Trump isn’t going to like this.”

Drudge’s “less than two miles” figure is based on a May 21 report by Bloomberg News. According to Bloomberg News’ Edvard Petersson, U.S. Customs and Border Protection has “put up just 1.7 miles of fencing with the $1.57 billion that Congress appropriated last year for President Donald Trump’s wall along the Mexican border.”