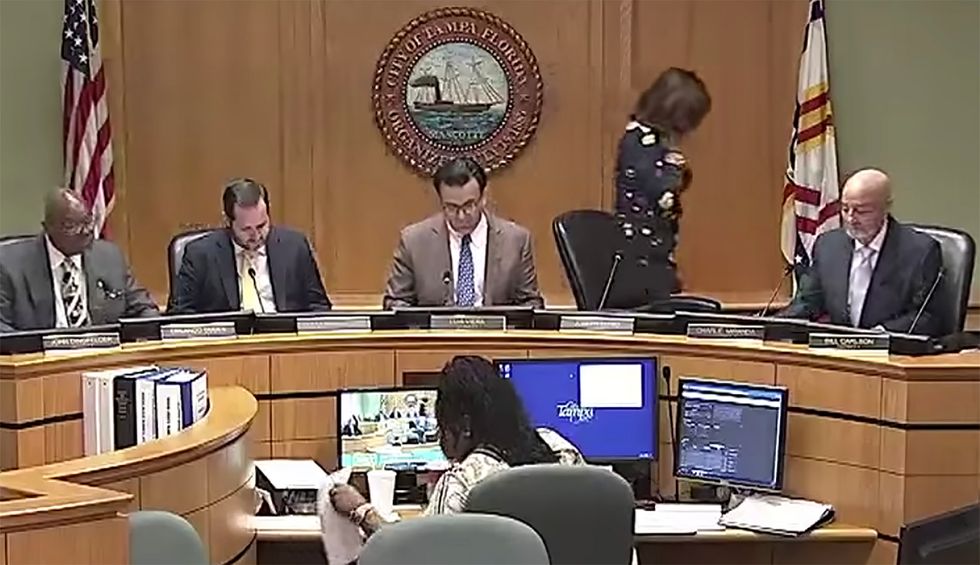 When legislative aide Carrie Henriquez coughed during a city council meeting in Tampa, Florida on May 23, her boss was unsure if he heard a cough or if she said something derogatory.

In a video, Henriquez, an aide to Democratic Councilman Guido Maniscalc,  can be seen walking behind a row of Tampa City Council members and coughing. Some of them, the Tampa Bay Times is reporting, weren’t sure if it was strictly a cough or if Henriquez said something off-color.

Maniscalco, according to the Tampa Bay Times, initially thought he heard Henriquez say “the a-word” and later brought it up during a meeting in his office. And Henriquez, Maniscalco said, “looked at me like I was crazy.”