Deutsche Bank has ‘reams’ of documents on Trump — including tax returns: report 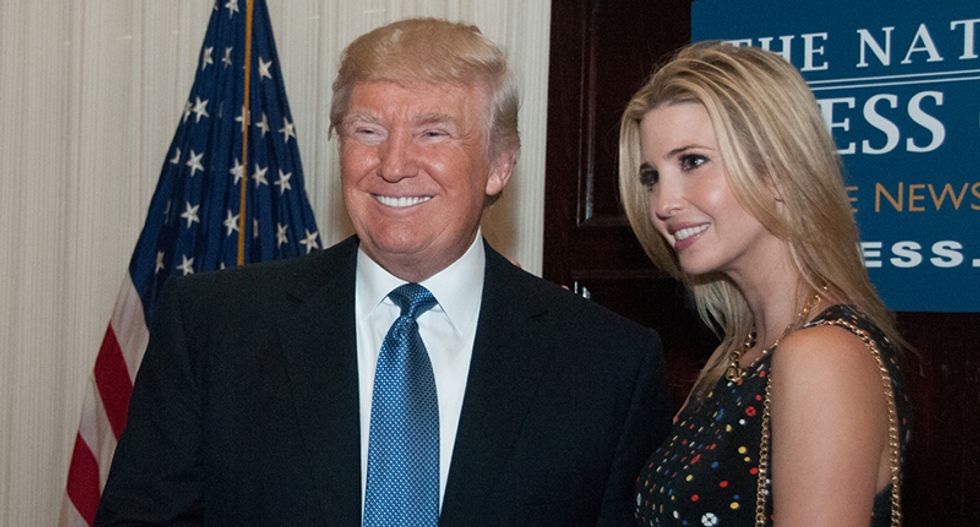 Deutsche Bank is one of the financial institutions that President Donald Trump has targeted in his latest lawsuit, and according to the New York Times, the German bank has “reams” of documents on the president — including his tax returns.

The Trump Organization had extensive dealings with Deutsche Bank in the past. Over the years, Deutsche reportedly lent Trump billions of dollars. And the mountain of Trump-related information that Deutsche has could potentially be shared with the House Intelligence Committee and the House Financial Services Committee, both of which have subpoenaed Trump’s financial records from Deutsche Bank and Capitol One (the other bank targeted in Trump's lawsuit).

The Trump-related documents that House committees have requested from Deutsche Bank, according to the New York Times, includes information pertaining to “parents, subsidiaries, affiliates, branches, divisions, partnerships, properties, groups, special purpose entities, joint ventures, predecessors, successors or any other entity in which they have or had a controlling interest.”

Banks, as a rule, are quite cooperative with government subpoenas, and the New York Times has reported that executives for Deutsche Bank have been cooperative with the House Financial Services Committee and the House Intelligence Committee in their probes of Trump’s finances.

A spokesperson for Deutsche Bank has been quoted as saying, “we remain committed to providing appropriate information to all authorized investigations and will abide by a court order regarding such investigations.”