Dems threaten Barr with contempt over his refusal to testify: 'Difference between democracy and dictatorship' 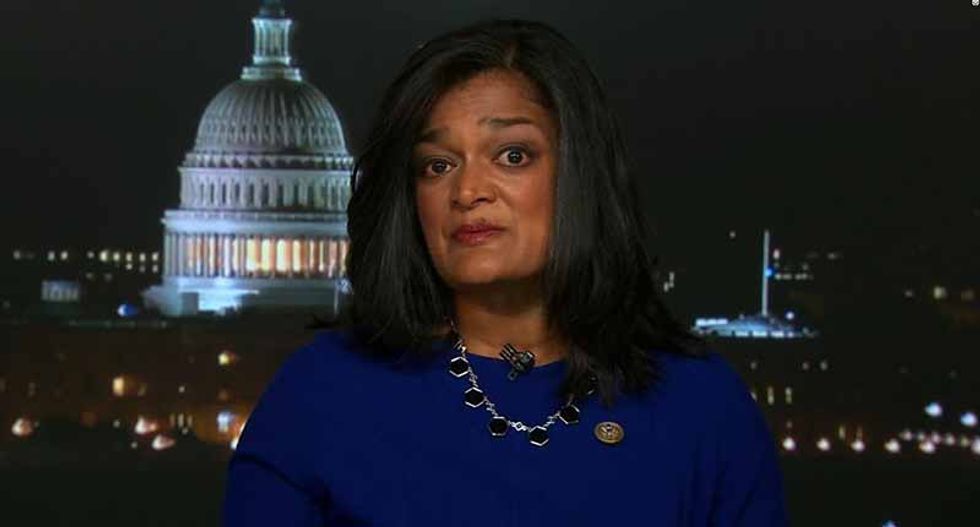 After Attorney General William Barr announced he will not show up for his scheduled hearing before the House Judiciary Committee on Thursday and refused to comply with a subpoena for the unredacted Mueller report, House Democrats said they plan to hold Barr in contempt if he continues to flaunt congressional demands.

"Compliance with congressional subpoenas is not optional," Rep. Jerry Nadler (D-N.Y.), chairman of the House Judiciary Committee, said in a statement. "If good-faith negotiations don't result in a pledge of compliance in the next day or two, the next step is seeking a contempt citation against the attorney general."

Speaking to reporters after Barr announced he would not show up for the House hearing, Nadler said the attorney general is "is terrified of having to face a skilled attorney."

Rep. Pramila Jayapal (D-Wash.)—a member of the House Judiciary Committee—said Wednesday night that she will urge Nadler to move ahead with a contempt citation against Barr.

"Chairman Nadler just received a letter from Barr refusing to comply with our subpoena for the unredacted Mueller report and underlying materials. That is unacceptable," Jayapal tweeted. "This is extremely dangerous behavior."

In an appearance on CNN late Wednesday, Jayapal said Barr and President Donald Trump's refusal to comply with congressional requests and subpoenas shows the White House has "no respect" for checks and balances.

"I think what we're talking about is the difference between a democracy and a dictatorship," Jayapal said.

In a column on Thursday, The Week's Joel Mathis said "there's a simple solution for the House to enact if Barr really doesn't show up [for Thursday's hearing]: Formally hold him in contempt of Congress, then send him to jail."

Former labor secretary Robert Reich wrote this week that while no sitting Attorney General has ever been arrested, there were times in history when such a move was seriously considered:

When President Richard Nixon tried to stop key aides from testifying in the Senate Watergate hearings, in 1973, Senator Sam Ervin, chairman of the Watergate select committee, threatened to jail anyone who refused to appear.

Congress hasn’t actually carried through on the threat since 1935—but it could.

According to Mathis, "Barr's defiance of the committee isn't happening in a vacuum: It's part of a sweeping effort by President Trump's administration to defy nearly all oversight by Congress."

"There's no point in using incremental half-measures to get him and his administration to do the right, lawful thing," Mathis wrote. "It's time to make a radical, unmistakable stand. If not, legislators will deserve the contempt Barr has so clearly aimed at them."