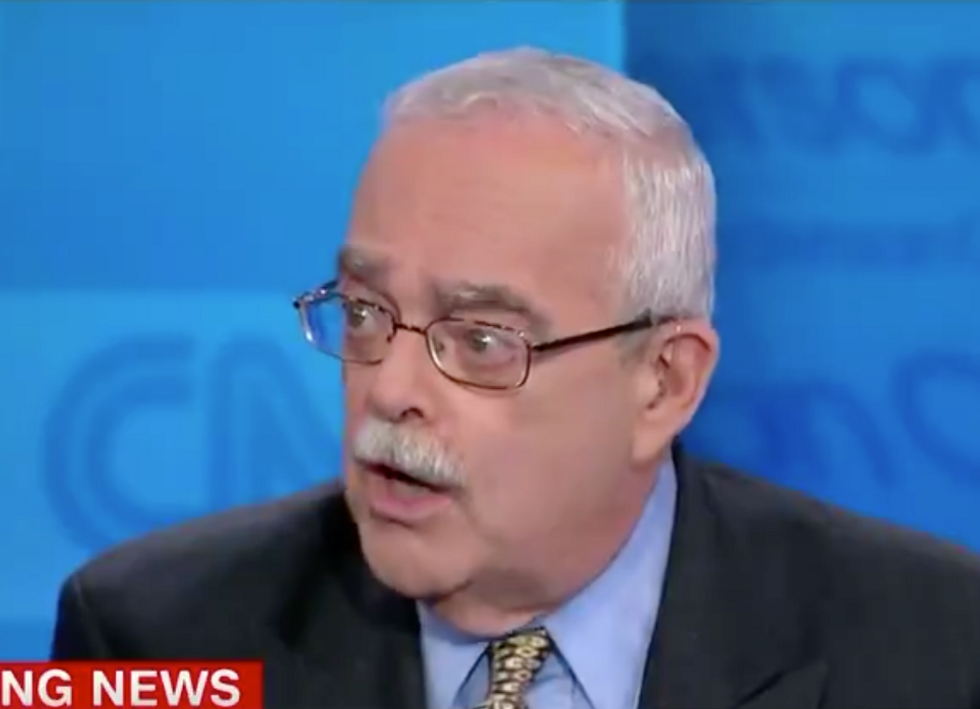 President Donald Trump has made clear that he is going to fight as hard as he can to prevent House Democrats from conducting thorough oversight of his administration. But Rep Gerry Connolly (D-VA), speaking on CNN Wednesday night,  assured host Anderson Cooper that the House is willing to fight just as hard.

If Trump officials refuse to comply with lawfully ordered congressional subpoenas, Connolly said, the House will have to arrest and jail them.

"To have a president defy, across the board, all outstanding subpoenas, is unprecedented.  That's never been done before," he said. "Richard Nixon didn't do that at the height of Watergate."

Connolly noted that the House could go through the judicial branch to enforce subpoenas, if necessary, but that may take a long time. And the House has another power: inherent contempt.

"We haven't used that since the 1930s, but between 1800 and 1930, for the first 130 years of the republic, Congress did use it," he said. "And that is where we enforce our own subpoenas or directives, and in this case, the subpoena can be issued and if it is defied we can direct the sergeant-at-arms to arrest somebody, bring them to Washington and detain them."

He added: "We cannot roll over and play dead when the president says. 'We're not going to cooperate with the legislative branch."