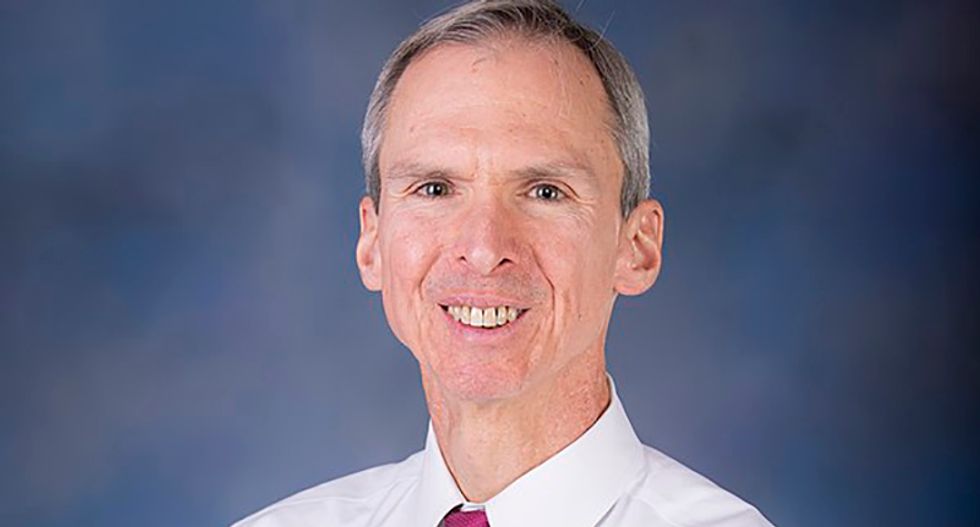 After facing intense backlash from progressives for planning to star at a fundraiser for an anti-choice Democrat amid a wave of Republican attacks on abortion rights, DCCC chair Cheri Bustos announced late Wednesday that she has decided to back out of the high-dollar event.

"I'm proud to have a 100 percent pro-choice voting record and I'm deeply alarmed by the rapidly escalating attacks on women's access to reproductive care in several states," Bustos, a congresswoman from Illinois, said in a statement announcing her withdrawal from the fundraiser for Rep. Dan Lipinski (D-Ill.), who is facing a progressive primary challenge from Marie Newman.

"While Congressman Lipinski and I do not agree on women's reproductive healthcare," said Bustos, "this does not change how I will work as DCCC chair to protect our big tent Democratic caucus."

Bustos's decision to drop out of the planned $1,000-per-person fundraiser for Lipinski comes as Republicans are racing to overturn Roe v. Wade with state-level attacks on abortion rights in Georgia, Alabama, Missouri, and elsewhere.

Speaking to the New York Times, Lipinski said he doesn't blame Bustos for backing out of the event and complained that "there are people in the party who are not tolerant" of his anti-choice views.

Newman, who narrowly lost to Lipinski in the 2018 midterms, tweeted late Wednesday that Lipinski "does not represent the priorities of our community."

Planned Parenthood Action Fund (PPAF)—which joined other progressive organizations in endorsing Newman earlier this month despite the DCCC's widely decried policy of blacklisting groups that support primary challengers—applauded Bustos for canceling her appearance at the Lipinski fundraiser and reiterated its support for his opponent.

"Now, when we're seeing a rash of abortion bans sweeping the country with the goal of challenging Roe v. Wade, the work of electing officials who support access to safe, legal abortion is more important than ever," Kelley Robinson, PPAF executive director, said in a statement. "Planned Parenthood Action Fund proudly endorsed reproductive health and rights champion Marie Newman earlier this month and looks forward to ensuring her victory next year."

While progressives approved of Bustos's decision to drop out of the Lipinski event, some wondered why she planned to attend the fundraiser in the first place.

"The head of the DCCC was really going to hold a fundraiser for an anti-choice candidate when women's health is under attack in state after state," tweeted progressive consultant Rebecca Katz. "The Dems put themselves here. They could be the party of the future, of big bold ideas. Instead, they'd rather side with their old and out-of-touch incumbents."

"I'm glad she is listening to progressive voices," Khanna said in a statement. "I hope she'll take the same approach on the vendor blacklist issue. I remain committed to sitting down with her and seeking a principled compromise."