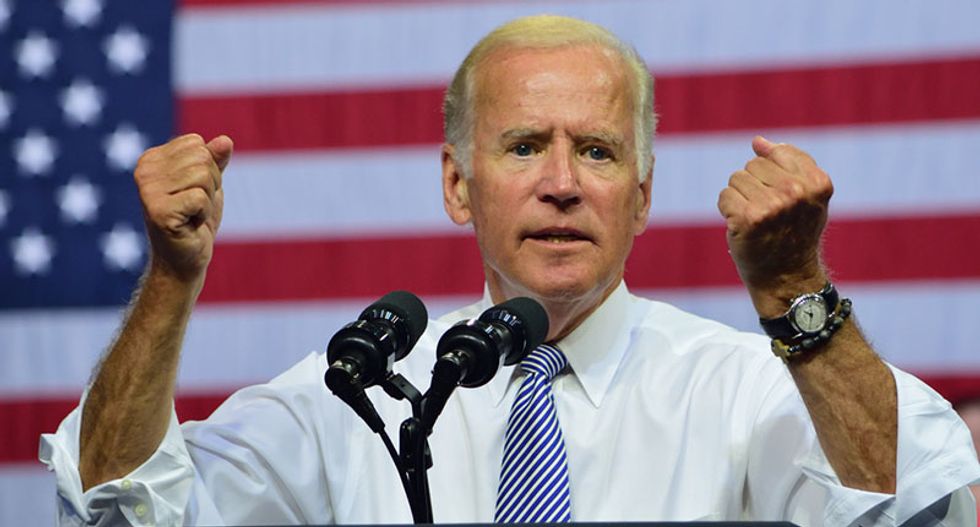 J.W. Verret’s resumé is one that, at least in theory, right-wing Republicans should be envious of. The Republican law professor was part of Sen. John McCain’s 2008 presidential campaign team and was part of Mitt Romney’s economic policy team in 2012 — and at George Mason University, he teaches at a law school named after the late far-right Supreme Court Justice Antonin Scalia. But despite his right-wing credentials, Verret has a problem in the GOP of 2019: he is a vehement critic of President Donald J. Trump. And the law professor, in a May 23 article for the Atlantic, grapples with his options for the 2020 presidential election.

Although Verret served on Trump’s transition team in late 2016 before resigning over policy differences, he emphasizes that he won’t be voting for him in 2020. Verret, in fact, infuriated fellow Republicans by calling for Trump’s impeachment in April.

“I was the first former Trump staffer to call for his impeachment,” Verret explains. “I did so because I felt he was clearly implicated in up to 12 instances of obstruction of justice, impeding an investigation into foreign interference in a U.S. election. I spoke up because it was the right thing to do.”

Verret adds, “I have received threats as a result, echoing Trump’s rhetoric about a coup and targeting me as a coup plotter. I’m grateful that those threats were promptly and fully resolved by the same FBI the president now derides.”

Looking ahead to 2020, Verret outlines his policy differences with the president—describing him as “a carnival-barking reality-television star who’d never really contemplated conservative principles until he was in his 70s. On some important policy issues, such as trade and immigration, he is diametrically opposed to core free-market principles.”

Verret toys with the possibility of voting for a Democrat in 2020, asserting, “If the Democratic Party is smart enough to nominate a moderate candidate who is respectful of Republican ideas, voters like me will have an opportunity to become an important part of the coalition that gets a candidate elected to replace Trump. And if we do, we will have a seat at the table throughout the first term.”

Verret stresses that he is open to the possibility of voting for Democratic presidential primary frontrunner Joe Biden if he receives his party’s nomination. And although Verret doesn’t mention the Libertarian Party specifically, he indicates that a vote for Biden would be preferable to a third-party vote.

“It appears that the majority of Republican primary voters remain enthralled with the cult of Trump,” Verret laments. “While I’m tempted to cast my vote on a third-party candidate or a Republican primary challenger, the history of such efforts, particularly when mounted against a sitting president, suggests that would be a complete waste.”

Verret also cites South Bend, Indiana Mayor Pete Buttigieg and Sen. Amy Klobuchar as two other examples of 2020 Democratic presidential candidates who “have a record of bipartisanship and of respectful dialogue with Republicans.” Presumably, a vote for Sen. Bernie Sanders—if the Vermont senator and self-described “democratic socialist” receives the nomination—would be out of the question for Verret.

The right-wing law professor concludes his piece by saying that whether a Democratic vote in 2020 will or won’t be on the table for him will depend on who ultimately receives the nomination.

“When the dust has settled in the Democratic primary, Republicans like me will be here waiting,” Verret writes. “We will be watching the candidates, and we will remember what they have said. And they might just earn our votes in the general election if they keep an open mind about us and our principled approach to policy as they navigate their party’s primary.”