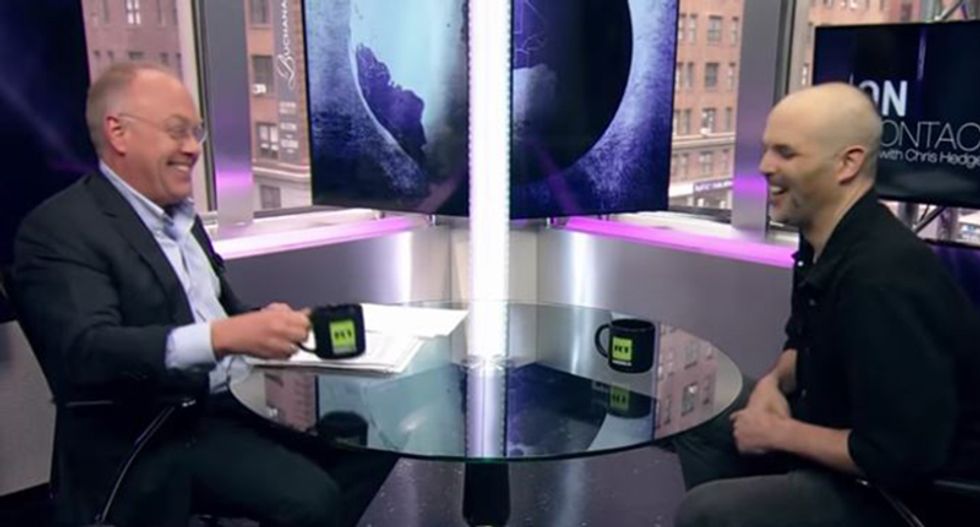 In the latest episode of "On Contact," host and Truthdig contributor Chris Hedges sits down with Matt Taibbi of Rolling Stone for the first of a two-part series on American media, which Hedges calls a "purveyor of hate." Together they explore the ways in which Fox News has reshaped the industry in its own image, and how networks like MSNBC have come to tell viewers exactly what they want to hear. Hedges also devotes a portion of his segment to Edward S. Herman and Noam Chomsky's seminal book, "Manufacturing Consent," which remains no less essential several decades after it was first published. Watch a video of their conversation above.