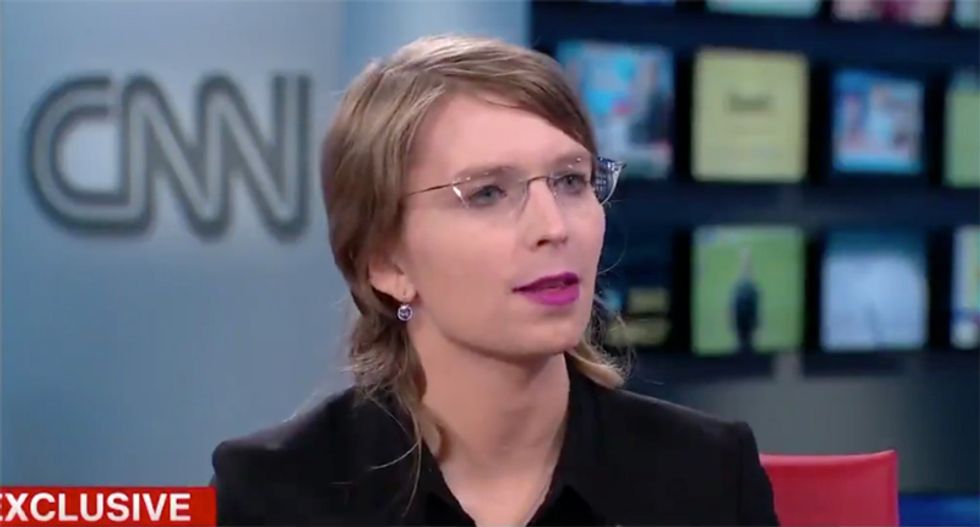 Image via Screengrab.
Jake Johnson
and
Common Dreams
May 12, 2019

Facing the possibility of being imprisoned yet again in the coming days for refusing to testify before a secretive grand jury, U.S. Army whistleblower Chelsea Manning on Sunday warned of the grave threat the Trump administration poses to press freedoms.

"I think that ultimately what they really want is, they want to go after journalists," Manning said during an interview on CNN when asked whether the Trump administration's effort to extradite WikiLeaks founder and publisher Julian Assange to the U.S. is a danger to the free press.

"This administration clearly wants to go after journalists," Manning said. "I think that if the administration gets its way... we're probably gonna see indictments and charges."

"Whenever a journalist makes a misstep," she added, "I think that they're put on notice now that the FBI and the Department of Justice are going to go after them, on the administration's behalf."

As Common Dreams reported, Manning was released from jail on Friday after being held for 62 days—including a month in solitary confinement—for refusing to testify before a grand jury.

On CNN, Manning said she plans to fight a second subpoena to testify that was issued before she was even released from jail. According to Manning's legal team, she could be held in contempt of court and sent to jail again as early as Thursday, May 16.

"I think that all grand juries are improper," Manning told CNN's Brian Stelter. "I don't like the secrecy of it."